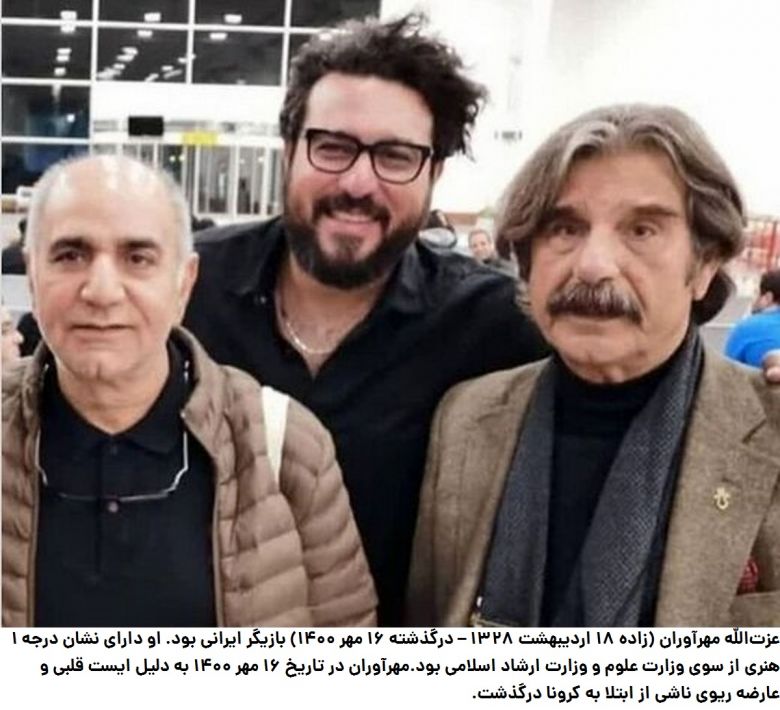 Ezzatollah Mehravaran is an actor and director of television and cinema and he was born in 1949 in Masjed Soleiman, Iran.A piece of saddest news is coming into the headlines that an Iranian actor Ezzatollah Mehravaran passed away on Friday night after a short-term illness due to contracted with Covid-19. The news is getting viral rapidly on social media. All his fans are deeply saddened by this news. He was the greatest and established actor who had earned much respect and reputation for his commendable work in several films. He was the most humble and generous person. His family is in grief and going through a tough time.
PrevNext
Your Comment
Signup
Log in