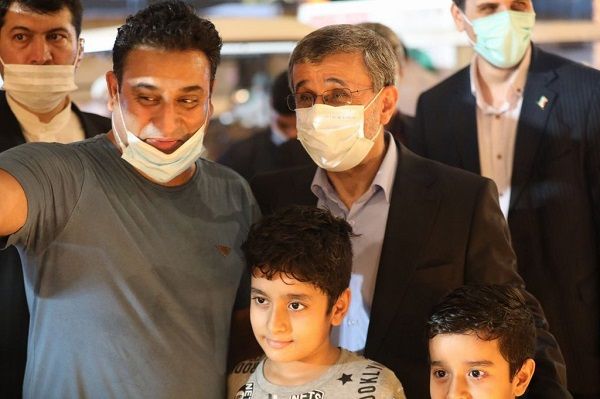 Ahmadinejad who never left Iran after the end of his second term in 2013, suddenly flew to Dubai this week, proving that he is not under a political travel ban.In a message he read out while visiting the Islamic Republic of Iran's stand and published on his Telegram channel, which has over 414,000 subscribers, the former populist president called himself "the representative of the Iranian nation" at the Expo.