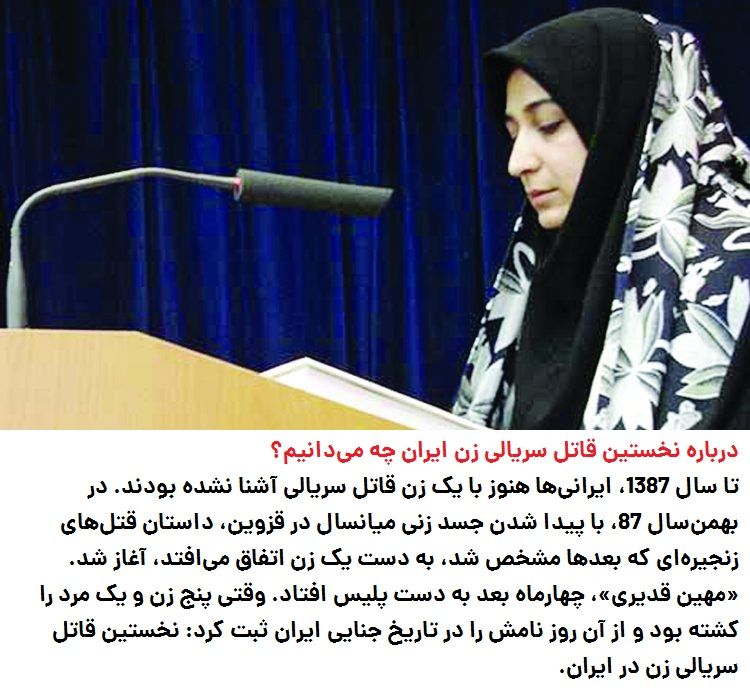 A documentary that depicts the murders of the first female serial killer in Iran called Mahin Ghadiri.Your genes could be a strong predictor of whether you stray into a life of crime, according to a new research paper. The study focused on whether genes are likely to cause a person to become a life-course persistent offender, which is characterized by antisocial behavior during childhood that can later progress to violent or serious criminal acts later in life.
PrevNext
Your Comment
Signup
Log in