Women’s goalkeeper accused of being a man by Jordan FA 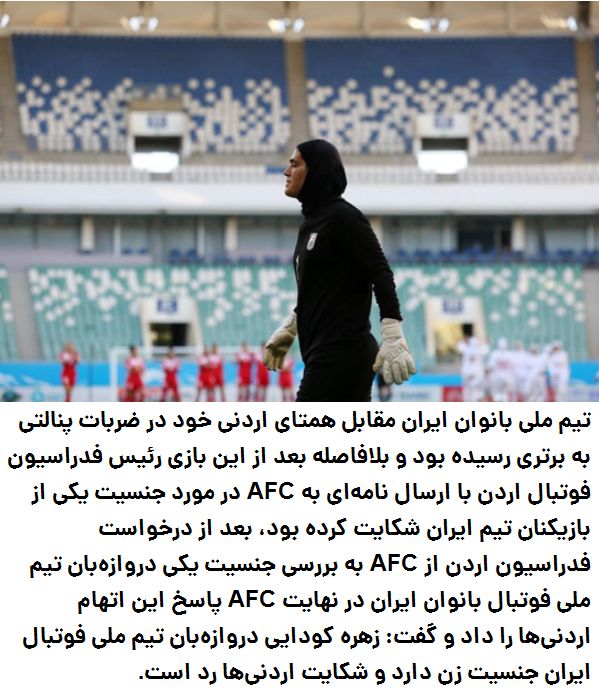 Zohreh Koudaei, the Iranian women’s team goalkeeper, has been accused of being a man by the Jordan Football Association.The accusation follows Iran’s victory against Jordan in September. The two sides were contesting a qualifying match for the 2022 Women’s Asian Cup, scheduled to be held in India in January.Iran triumphed in a penalty shoot-out, winning 4-2 after Koudaei made two excellent saves. As a result, Iran earned a place at the Women’s Asian Cup for the first time in the country’s history.