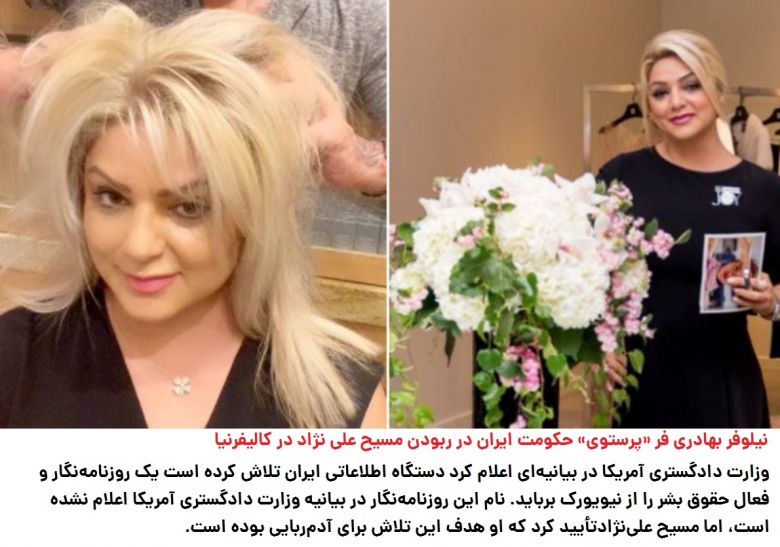 Four Iranian intelligence agents and a co-conspirator living in the U.S. allegedly plotted to kidnap a journalist and human rights activist from Brooklyn after she criticized their country's regime, according to federal charges announced Tuesday. Court documents allege that Alireza Shavaroghi Farahani, 50; Mahmoud Khazein, 42; Kiya Sadeghi, 35; and Omid Noori, 45; are accused of conspiring to kidnap and bring the victim to Iran after the person had been working to sway public opinion both in the country and globally to change the current regime's laws and practices.
PrevNext
Your Comment
Signup
Log in