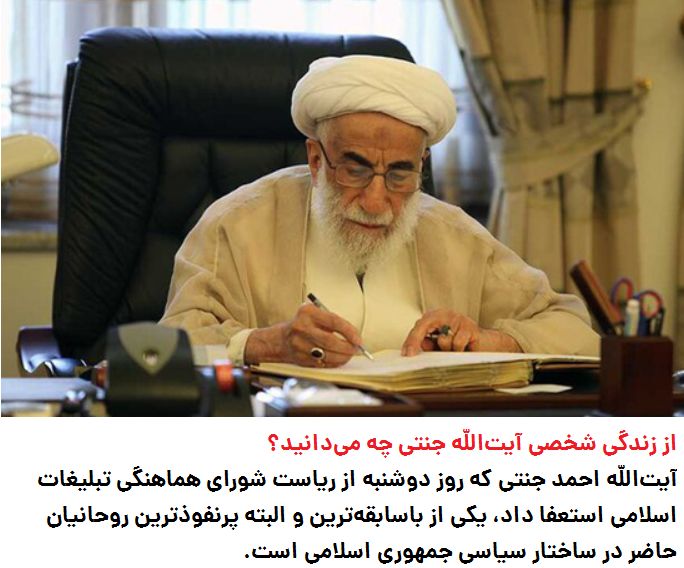 Ahmad Jannati is a conservative politician. He was born in Ladan, Isfahan. Jannati is known for his anti-LGBT rhetoric and opposition to secularism. He is also a founding member of the Haghani school of thought.Ayatollah Ahmad Jannati, born in the central province of Isfahan in February 1927, is a renowed Islamic scholar, jurisprudent and politician. Since 1988, Ayatollah Jannati has been serving as the secretary of the Constitutional Council. He doubles as the chairman of the Assembly of Experts, a high-ranking body that elects and oversees the activities of the Leader of the Islamic Revolution. Members of the assembly are directly elected to office by people for an eight-year term. In 1989, the Assembly picked Ayatollah Seyed Ali Khamenei to succeed the late founder of the Islamic Republic Imam Khomeini (RA).
PrevNext
Your Comment
Signup
Log in