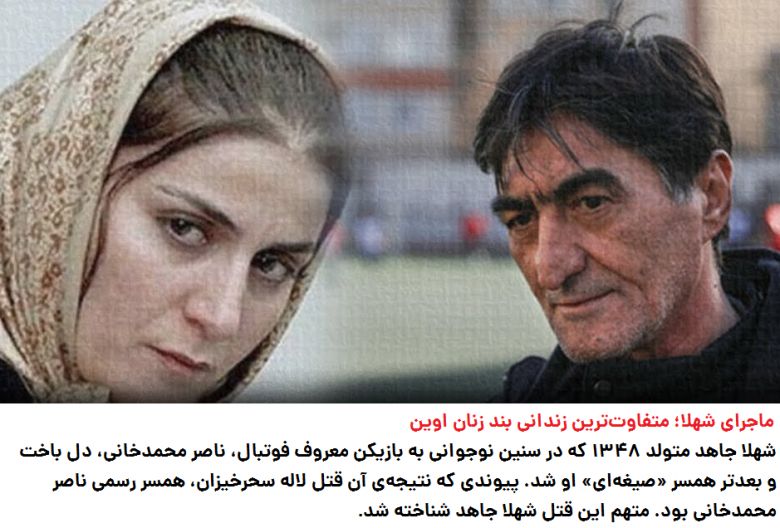 Jahed had been living with Nasser Mohammadkhani, an Iranian footballer[3] becoming his mistress in a temporary marriage. Jahed was arrested and charged for the 9 October 2002 murder of Laleh Saharkhizan, Mohammadkhani's wife. Mohammadkhani was in Germany when the killing happened, but it emerged later that he was "temporarily married" to Jahed, a practice allowed under Shia Islam.
PrevNext
Your Comment
Signup
Log in