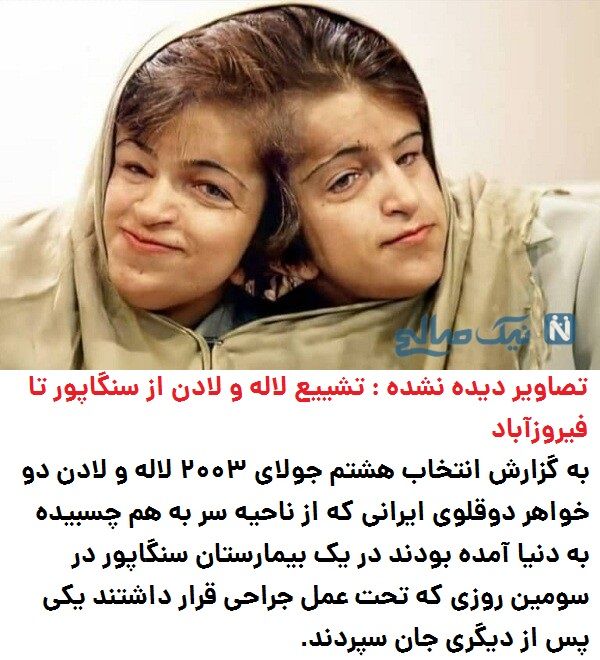 Ladan and Laleh Bijani were Iranian conjoined twin sisters. They were joined at the head and died immediately after their complicated surgical separation. Coincidentally, the twins were born a century to the day after the deaths of Chang and Eng Bunker, also conjoined twins, famously known as the "original" Siamese twins.They were born in Firuzabad, a city in southwest Iran, to Dadollah Bijani and Maryam Safari, members of a farming family from the nearby Lohrasb village. The Bijani sisters were lost in a hospital in 1979 after the doctors responsible for them had to suddenly leave for the United States during the revolution in Iran.
PrevNext
Your Comment
Signup
Log in