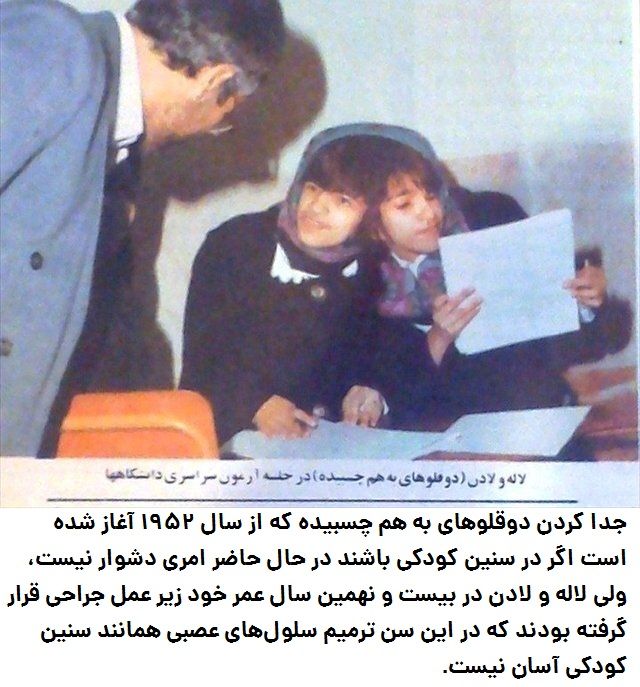 The Bijanis' parents did not find the sisters again until several years later in the city of Karaj near Tehran, where Dr. Alireza Safaian had adopted them. While in his custody, Safaian attempted to protect them by ostracizing them from the world as best as he could. In 1996, after years of searching, the girls' biological parents finally tracked them down and made contact. Now in their early twenties, the twins lived on their own in an apartment while attending law school.For nearly 12 hours, five neurosurgeons took turns grinding away with a high-speed drill. Millimeter by millimeter, they cut out a foot-long strip of bone that ran from the front to the back of the fused skulls. Finally, they pried the curved section away, wrapped it in wet gauze, and placed it gingerly on a sterile tray. Looking down at the pair of exposed brains, the doctors couldn't tell where one ended and the other began. Only now would the real work of separating conjoined twins Ladan and Laleh Bijani start.
PrevNext
Your Comment
Signup
Log in