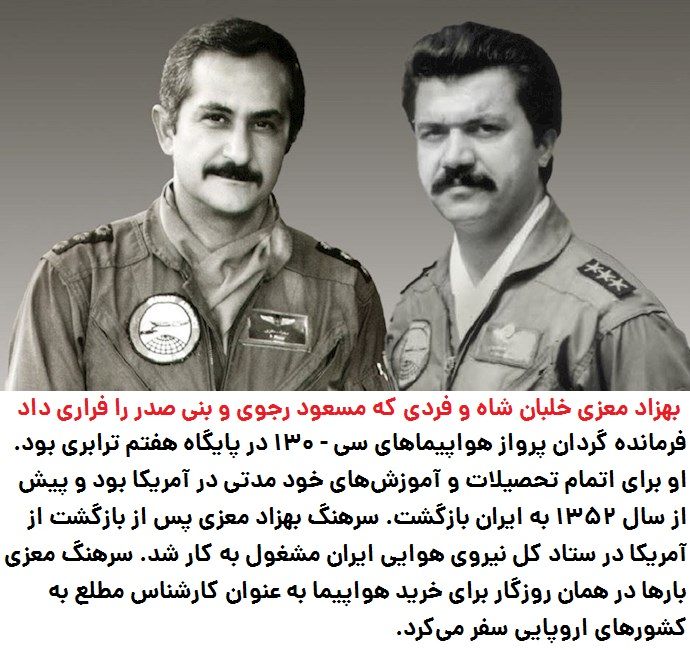 Col. Behzad Mo’ezzi, one of the most celebrated pre-revolution Iranian pilots who piloted the Shah’s final voyage out of Iran to Egypt and then Morocco amid the 1979 revolution, died in Jan. 10 ,2021 at a hospital in Paris aged 83. His cause of death was leukemia. Col. Behzad Mo’ezzi served in the Iranian Air Force for almost a quarter-century. As a decorated pilot that had recorded the most flight hours at the time, he was chosen by the country’s air force commander as the Shah’s personal pilot. He later made history again by piloting a top-secret flight that brought into exile Iran’s main opposition leader Massoud Rajavi, as well as the first president of the Islamic Republic, both of whom were wanted by the newly installed theocracy.
PrevNext
Your Comment
Signup
Log in