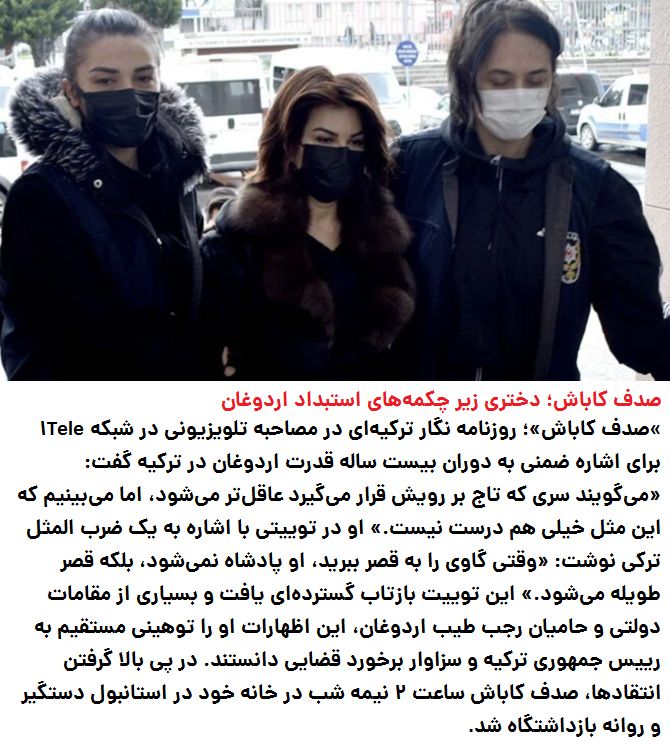 A local Turkish court ordered Sedaf Kabas, a well-known journalist, to be imprisoned pending trial on charges of insulting Turkish President Tayyip Erdogan. At around 2 a.m. (2300 GMT), police detained Kabas and brought her to Istanbul’s main police station before bringing her to the city’s main courthouse, where a court later ruled in favor of her formal arrest, according to the broadcaster.
PrevNext
Your Comment
Signup
Log in