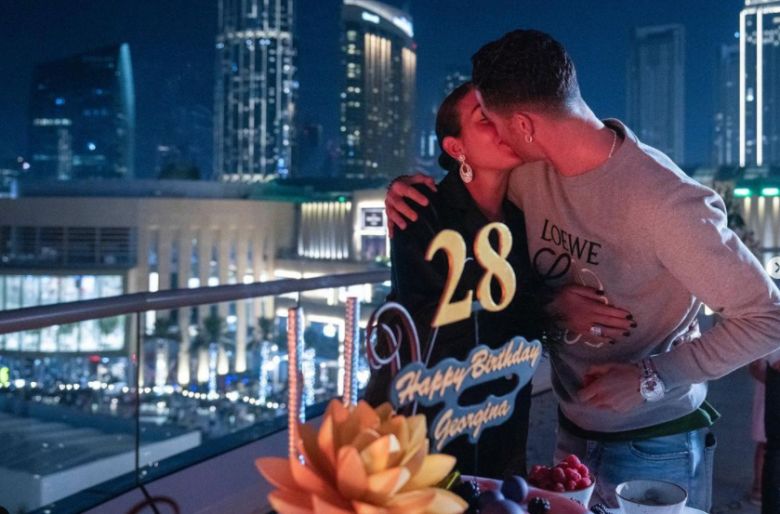 Football legend Cristiano Ronaldo scored major brownie points from girlfriend Georgina Rodriguez, as he lit up the world’s tallest building, Burj Khalifa, to ring in the model’s 28th birthday, on Thursday night. The Manchester United star took to Instagram to share a video showing the light-and-laser show at Burj Khalifa during which a clipping from Rodriquez’s latest Netflix docu-series, titled, ‘I Am Georgina’ was showcased. He posted the video and wrote, ‘Many congratulations, my love’ in the caption along with a heart and cake emoji. The video has already garnered 23.7 million views on Instagram.
PrevNext
Your Comment
Signup
Log in