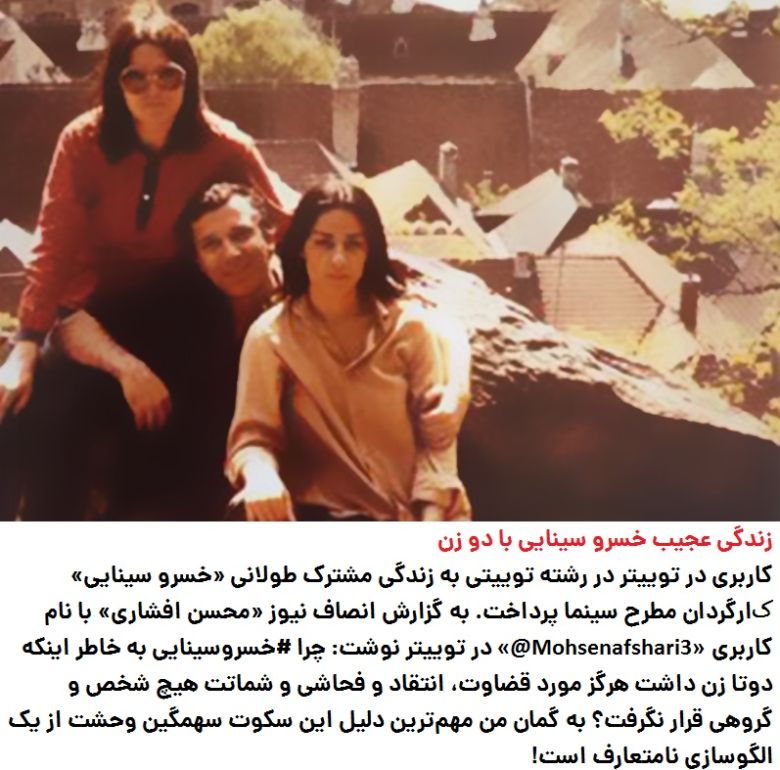 Khosrow Sinai was born on January 19, 1941 in Sari, Iran. He was a director and writer, known for Bride of Fire (2000), The Inner Beast (1983) and Long Live...! (1980). He was married to Farah Ossouli and Gizella Varga Sinai. He died on August 1, 2020 in Tehran, Iran.Gizella Varga Sinai was born in 1944 and was largely influenced creatively by the 1960s growing up. Artistically, the decade began with the twin movements of Pop and Minimalism emerging at a similar time.
PrevNext
Your Comment
Signup
Log in