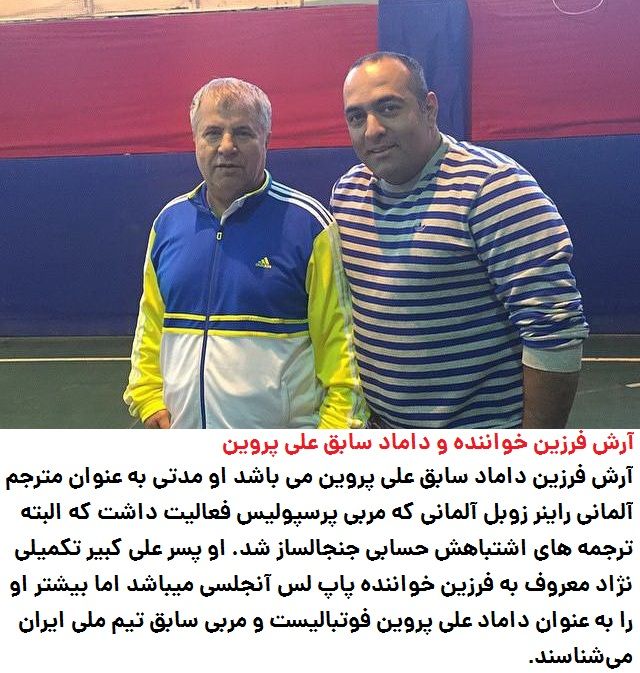 Ali-Kabir Takmilinejad, better known as Farzin, was an Iranian pop singer in the 1970s.Farzin was a singer before the revolution of 1979. Farzin's first song was called "Mehman" , written by Bijan Ghaderi. He was named 'Demis Roussos' of Iran. Before 1979 revolution Farzin worked with Aref in 'Sati Nik'. Sati Nik was Farzin and Aref hangout lovers. From that time musics, we can pointed to 'Dam Begirim'  at that time, it became famous. Farzin left Iran and immigrated to the U.S.A. after 8 years silence in artwork in Iran and then He released his first album called "Gerye Nakon" . He left the Los Angeles artwork and immigrated to Germany for some reason. Farzin has two children, Arash and Atie.
PrevNext
Your Comment
Signup
Log in