Home Gallery Kazem Rajavi; A university professor known for his work as a human rights advocate

Kazem Rajavi; A university professor known for his work as a human rights advocate 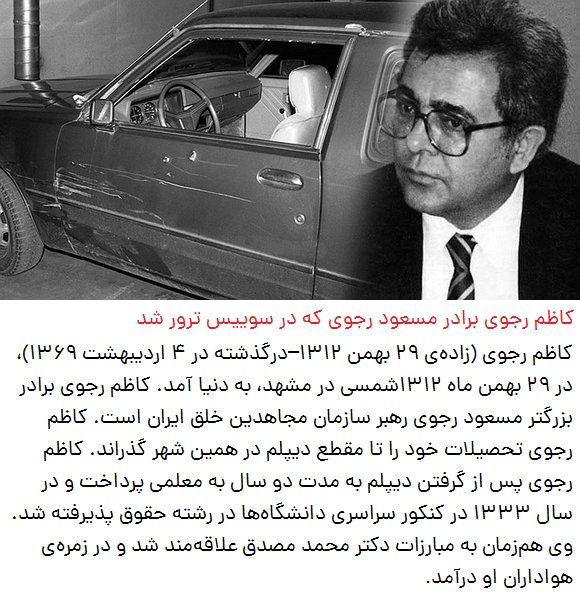 Kazem Rajavi was a university professor known for his work as a human rights advocate. He was also the elder brother of Iranian Mujahedin leader Massoud Rajavi.Kazem Rajavi was Iran's first Ambassador to the United Nations headquarters in Geneva following the 1979 Iranian Revolution. However, he left the post just after one year. Rajavi was also a orator and well-known human rights activist.He became the representative of the National Council of Resistance of Iran (NCRI) in Switzerland where each year he headed the People's Mujahedin of Iran delegation to the United Nations Human Rights Commission, and was "vocal in the campaign against repression in Iran". Rajavi also held a professorship and taught at the School of Law at Geneva University for nearly 10 years. 162 members of Congress referred to Kazem Rajavi as "a great advocate of human rights, who had dedicated his life to establishment of democracy in his homeland." Rajavi had received several threats from agents of the Islamic Republic of Iran, but continued his work as a dissident and human rights activist.
PrevNext
Your Comment
Signup
Log in