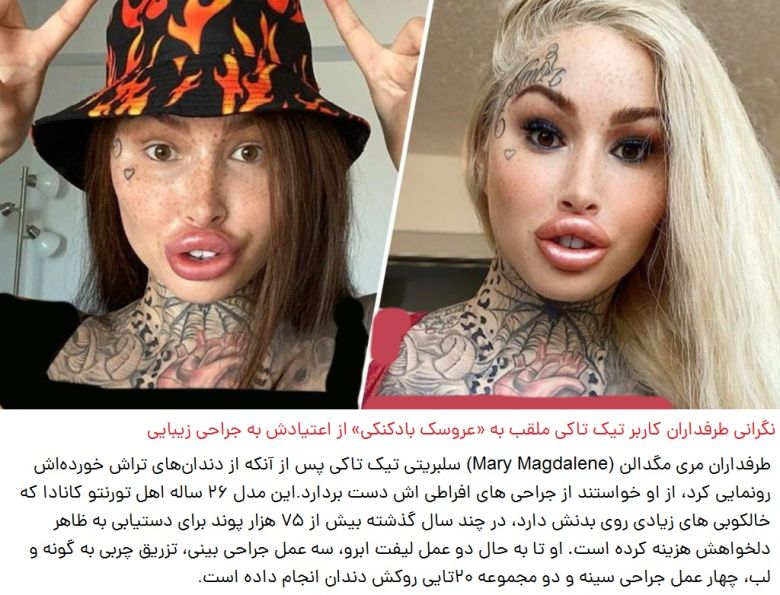 Mary Magdalene, a plastic surgery-addicted social media star who nearly died trying to get “the world's fattest vagina” has revealed now that she now identifies as a gay man named Sebastian Pickles. Magdalene shared her new gender identity during a QNA session on Instagram on Tuesday, February 22. The OnlyFans model further revealed plans of getting a muscular look through silicon implants on their legs.
PrevNext
Your Comment
Signup
Log in