Actor Yousef Teymouri and his family 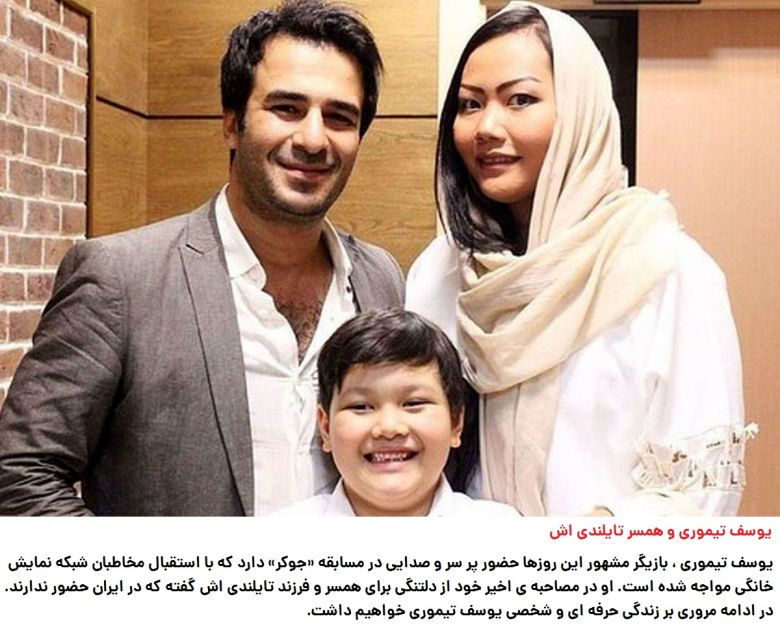 Yousef Teymouri is known for his work on Cats city 2 (2020), Leyli's Majnoon (2008) and The Swallows in Love (2011).Yousef Teymouri He is another Iranian figure who has a foreign wife. Yousef Teymouri, a well-known actor in the series “Under the Sky”, has a Thai wife, and the reason for his marriage to a Thai girl was that Iranian girls have a special mentality towards him because he is an actor.Armin is the son of Yousef Teymouri, who is very similar to his mother and recently left Iran to study with his mother.