Home Lifestyle Putin's girls: Who are the daughters of the Russian president

Putin's girls: Who are the daughters of the Russian president 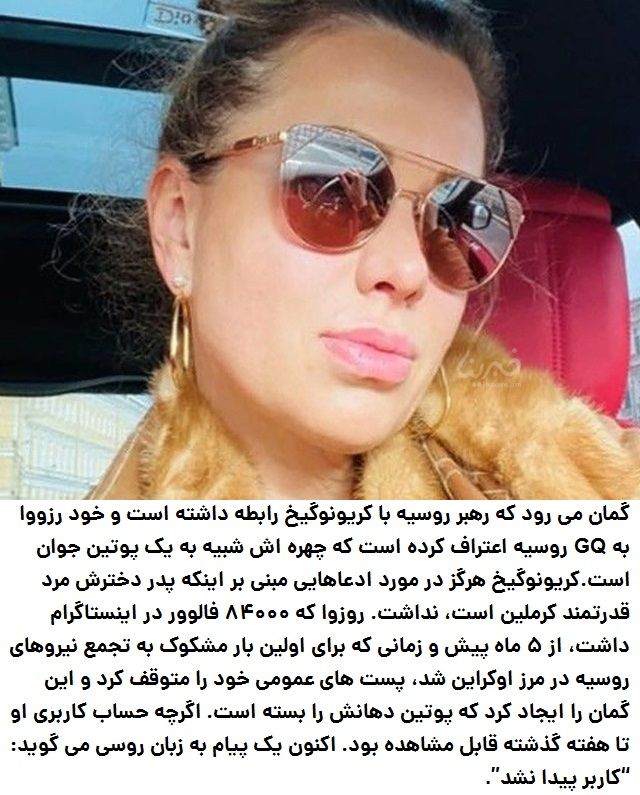 Since being "outed" by the opposition media in 2021, student Luiza has become a social media star with almost 100,000 followers with her own fashion line. She is also in demand as a DJ. Luiza has admitted to Russian GQ that she “probably” looks “similar” to a young Putin, but did not confirm the relationship. Putin’s relationship with Svetlana supposedly ended around the time he was first romantically linked to Olympic gold medal-winning gymnast Alina Kabaeva, 38, head of a major pro-Kremlin media company. When the story originally broke, Putin’s spokesperson said that the love child allegations were “not very convincing” and “de facto unfounded”.
PrevNext
Your Comment
Signup
Log in