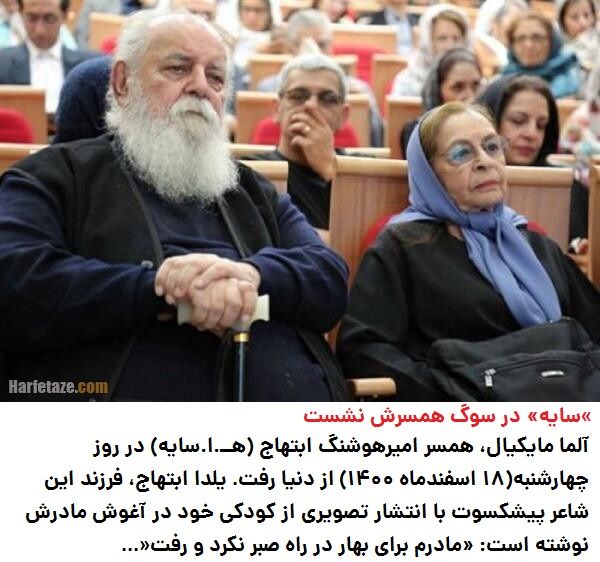 Houshang Ebtehaj was born in 1928 in Rasht, North of Iran. He published his first book when he was only 19 years old. He chose ‘Sayeh' /sa:yeh/ as his pen name, which means ‘shadow' / ‘shade'.  Ebtehaj was active in different literary movements and gatherings and took considerable part in various literary magazines such as Sokhan and Kavian.
PrevNext
Your Comment
Signup
Log in