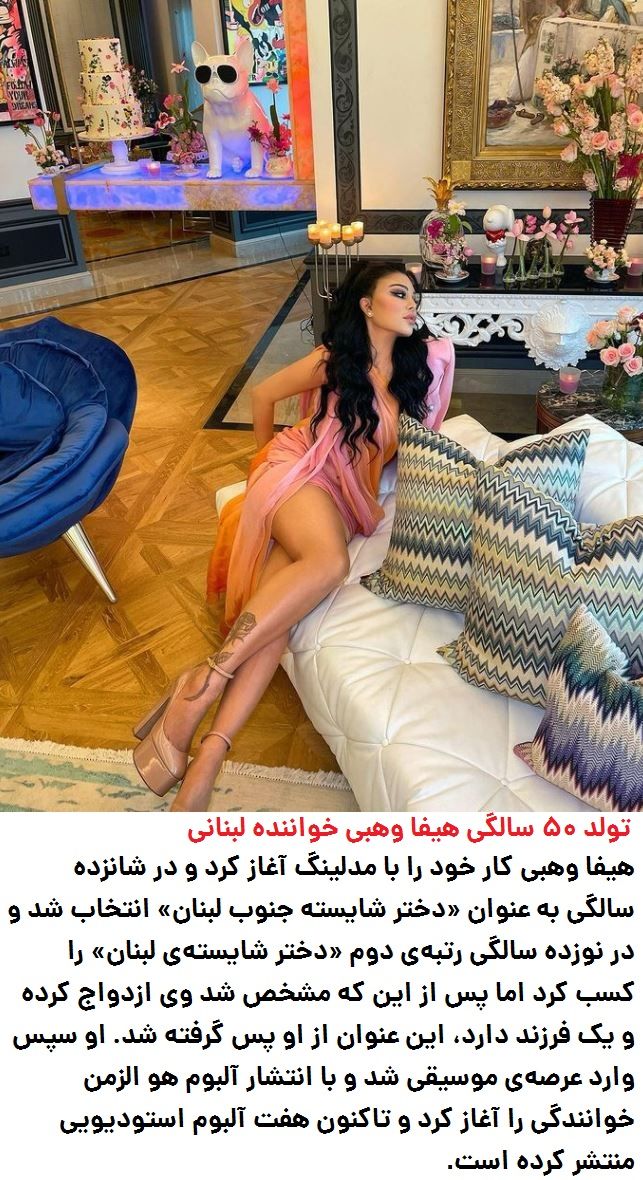 Haifa Wehbe was born on 10-03-1972  in the state of Mahrouna, Lebanon. She is a Lebanese Singer, Film Actress & Model.Haifa Wehbe is a Lebanese model, actress, and singer born to a Lebanese father and Egyptian mother who rose to fame in the Arab world as runner up for Miss Lebanon and later through the release of her debut album Houwa El-Zaman.
PrevNext
Your Comment
Signup
Log in