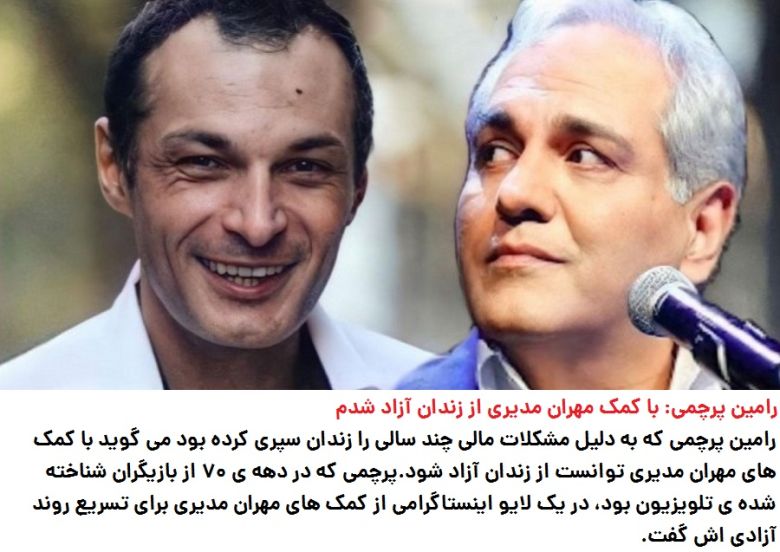 Ramin Parchami was born on September 18, 1973 in Lahijan, Iran. He is an actor, known for The Feast (1996), Khakestari (2001) and Crocodile (2019). © 1990-2022 by IMDb.com, Inc. A person close to imprisoned actor Ramin Parchami said in an interview with Rooz that the actor, like the rest of the Iranian people, is searching for freedom and his stolen vote. He added that Ramin has been among the protestors during the past two years and was arrested during the February 11 protests, absolutely denying claims by some state media outlets that Ramin Parchami was arrested while in possession of controlled substances.