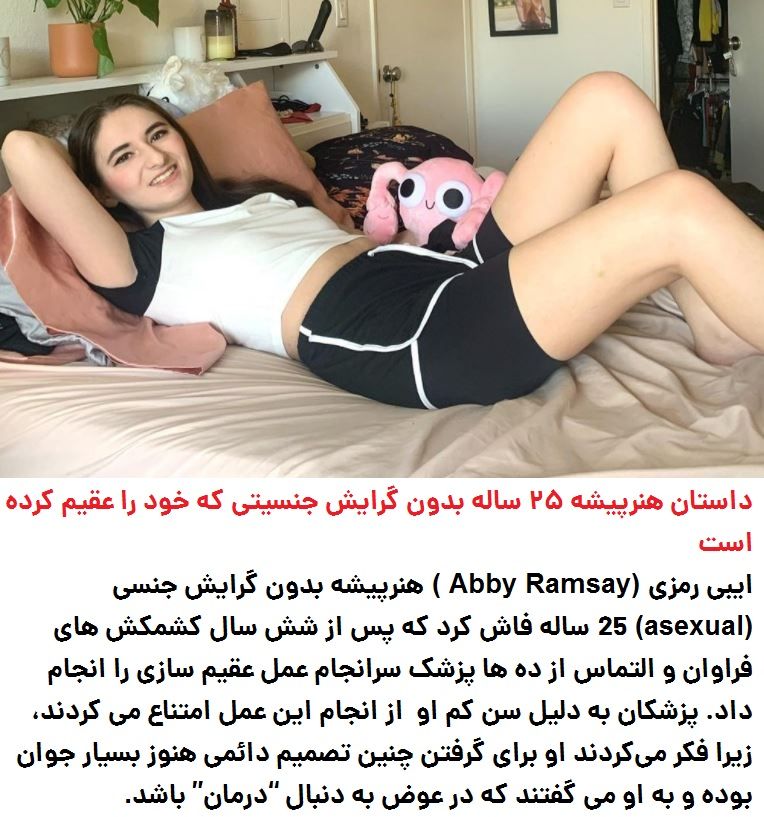 A 25-year-old actress revealed that she has been sterilized after a six-year struggle that saw her begging dozens of doctors to perform the operation - who all turned her down because they thought she was 'too young' to make such a 'permanent' decision and told her to seek 'therapy' instead. Abby Ramsay, from Los Angeles, California, said she realized at age 16 that she didn't want to have kids due to the immense responsibility of raising another human being. She then decided that she wanted to undergo surgery to ensure that she couldn't conceive after struggling with the normal forms of contraception.
PrevNext
Your Comment
Signup
Log in