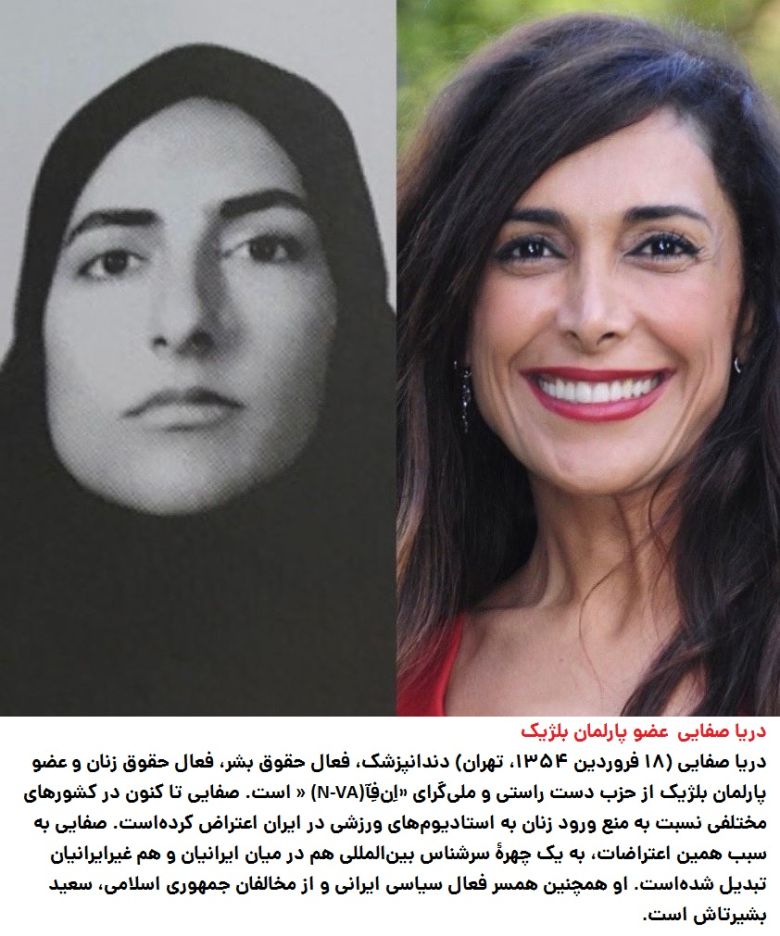 Darya Safai (born 7 April 1975) is an Iranian-Belgian author, human rights activist and politician who has been a member of the Belgian Chamber of Representatives for the New Flemish Alliance since 2019.She grew up in the Iran after the revolution of 1979.She was a final-year dental student at the University of Tehran in 1999, when she participated in the student protest together with her husband Saeed Bashirtash. As a result, she was arrested and wound up in prison. After she was temporarily released on bail, she decided to flee together with husband via Turkey to Belgium. She was sentenced in absence to two years of imprisonment by the revolutionary court of the Islamic Republic of Iran.