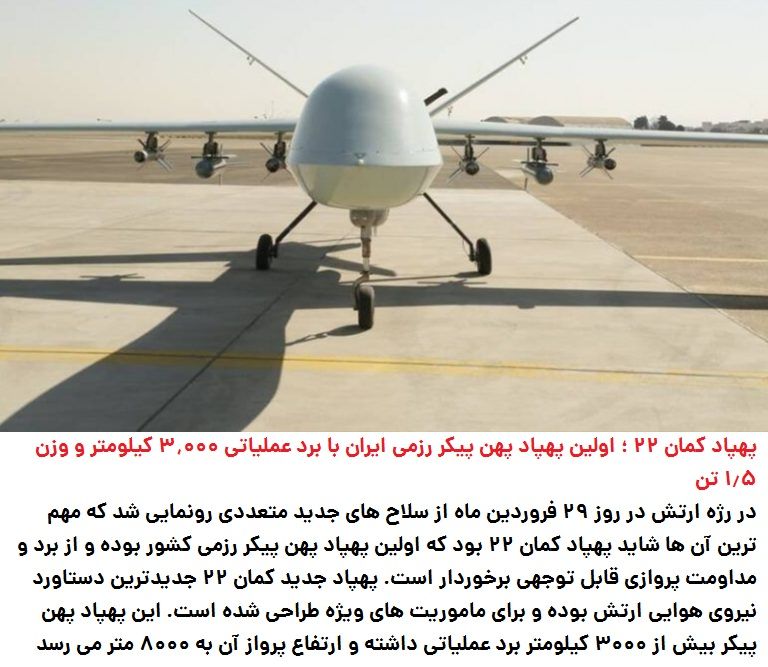 At a military parade in Tehran on Monday, Iran publicly unveiled its Kaman-22 drone which is able to reach Israel. The Kaman-22 is a long-range and strategic multi-functional combat drone with an operational range of over 3,000 kms., capable of flying at an altitude of 8,000 meters for more than 24 hours. According to Iran’s Fars News, the drone is capable of carrying several types of cargo as well as four guided missiles, two unguided bombs and other munitions. It can be used for a range of missions, including patrol, reconnaissance, data gathering, imaging, and aerial combat with a payload of smart weapons.
PrevNext
Your Comment
Signup
Log in