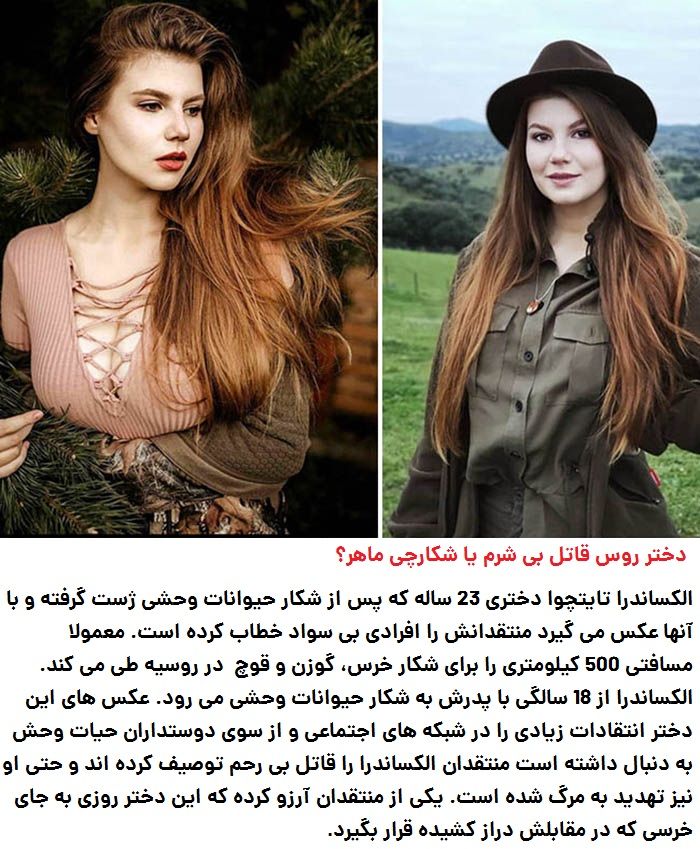 A woman who hunts bears and boasts about loving to skin them has hit back at online trolls, calling them uneducated hypocrites. Hunter Alexandra Tyutchevam, 23, has been labelled a "cruel killer" online, while others have told her "I wish it was you lying there instead of the bear". Alexandra is unapologetic about her hobby and hopes to inspire other hunters to embrace their passion. The Russian university student said: "There are many people that don't understand and throw hate at you whilst having zero knowledge on the topic. "There can be comments that say, 'I wish you were lying there instead of the bear,' or, 'you are a cruel killer'. Some have even threatened my non-existent children who will 'pay for that.'
PrevNext
Your Comment
Signup
Log in