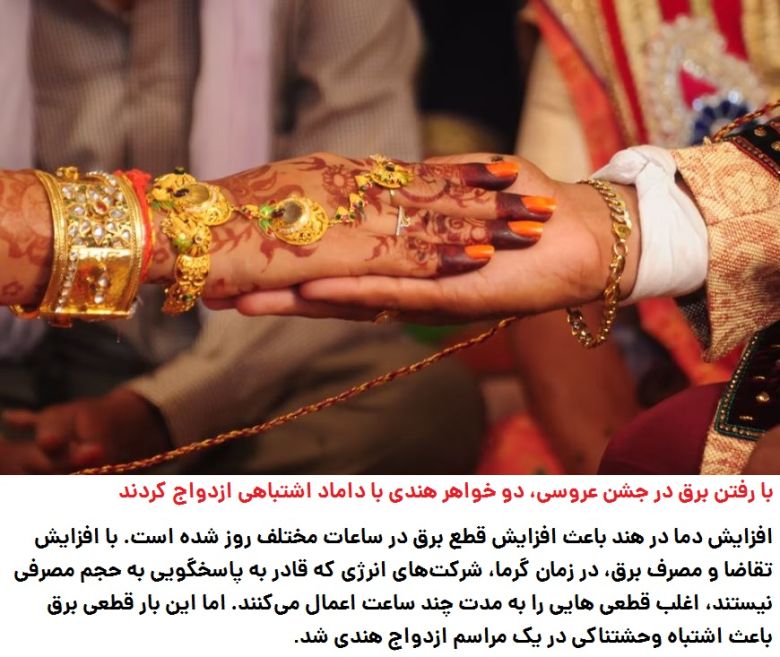 One daughter named Nikita, who was to marry a man called Bhola, swapped grooms with her sister Karishma, who was to marry Ganesh. The grooms were not related. The two brides performed a number of pre-wedding rituals with the wrong partner before power was restored and the family members realised the mistake.
PrevNext
Your Comment
Signup
Log in