Home Lifestyle When You Feel Like You’re Being Watched 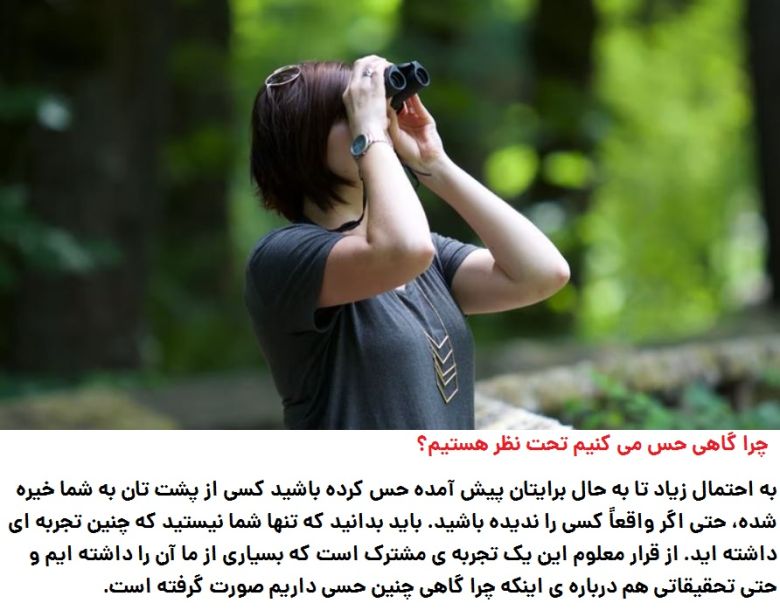 We’ve all had that feeling that somebody is watching us – even if we’re not looking directly at their eyes. Sometimes we even experience a feeling of being watched by someone completely outside our field of vision. But how can we explain this phenomenon without resorting to pseudoscientific explanations like extrasensory perception (or a “sixth sense”)?The human fascination with eyes lies at the heart of the issue. Eyes are the window into the soul, goes the saying. And it’s no wonder we’re so interested in them – the human brain is highly tuned to lock onto the gaze of others. It’s been suggested that there’s a widespread neural network in the brain just dedicated to the processing of gaze. Scientists have already identified a specialised group of neurons in the macaque brain that fire specifically when a monkey is under the direct gaze of another.
PrevNext
Your Comment
Signup
Log in