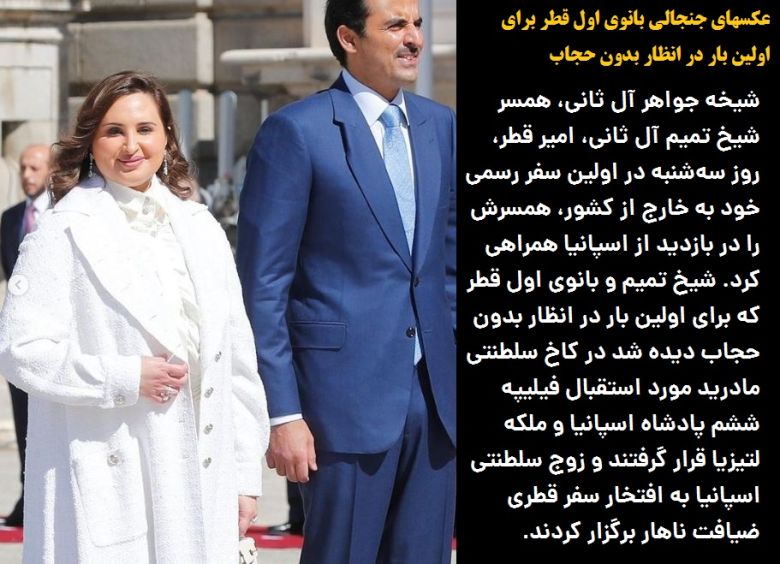 Her Highness was spotted in a pearlescent coat, carrying an Hermès Kelly 20 bag, as she attended a reception hosted by the King and Queen of Spain at the Spanish royal palace HH Sheikh Tamim Bin Hamad Al Thani, Emir of Qatar, and his wife, HH Sheikha Jawaher bint Hamad bin Suhaim Al-Thani, visited Spain for the first time in 9 years — and, of course, Her Highness dressed to impress, stepping out in a pearl-white coat by Chanel. This marks the Royals’ first trip to the country since 2013 when HH Sheikh Tamim Bin Hamad Al Thani took office; the couple were welcomed by Spain’s King Felipe VI and Queen Letizia, who hosted a reception for the Qatari royals.
PrevNext
Your Comment
Signup
Log in