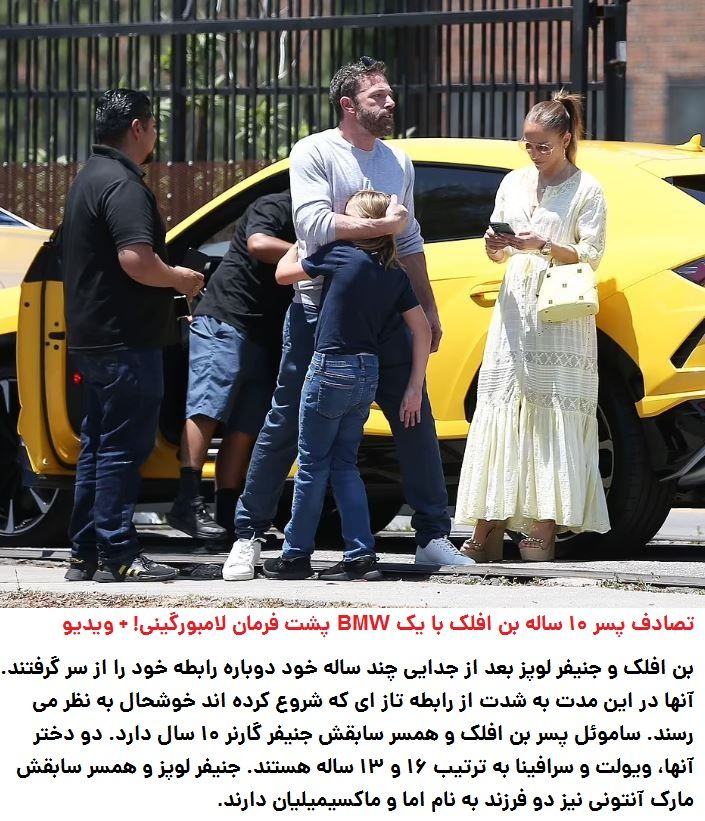 Image: Carlos/X17online.com
Ben Affleck 's 10-year-old son was behind the wheel of a Lamborghini when it bumped into another vehicle over the weekend. Samuel, 10, had joined dad Ben, 49, and his fiancee Jennifer Lopez, 52, for a trip to luxury vehicle dealership 777 Exotics when the incident happened on Sunday.Ben had allowed his son into the driver's seat of a yellow Lamborghini that had the engine running as he browsed the motors on offer at the Los Angeles dealership. While in the motor Samuel put the car in reverse, which resulted in the vehicle making contact with the front of a white BMW situated behind the Lamborghini.