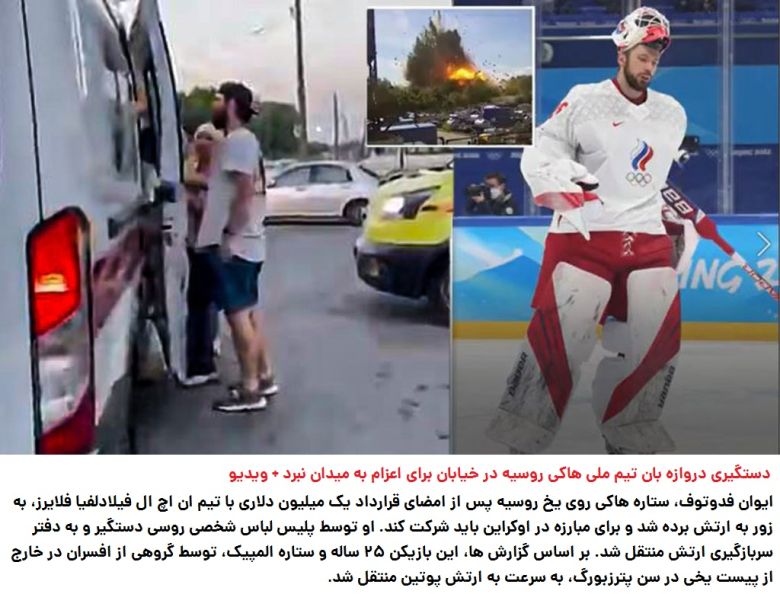 A Russian ice hockey star who signed a million-dollar contract with an American team was rounded up by Russian plain-clothes policemen and taken to an army enlistment office yesterday before he's expected to be sent to fight in Ukraine.Olympian Ivan Fedotov, 25, was reportedly rushed into Putin's army after he was filmed being detained by a squad of officers outside an ice rink in St Petersburg.The accusation of 'draft dodging' is seen as revenge for his signing to play for NHL team the Philadelphia Flyers.