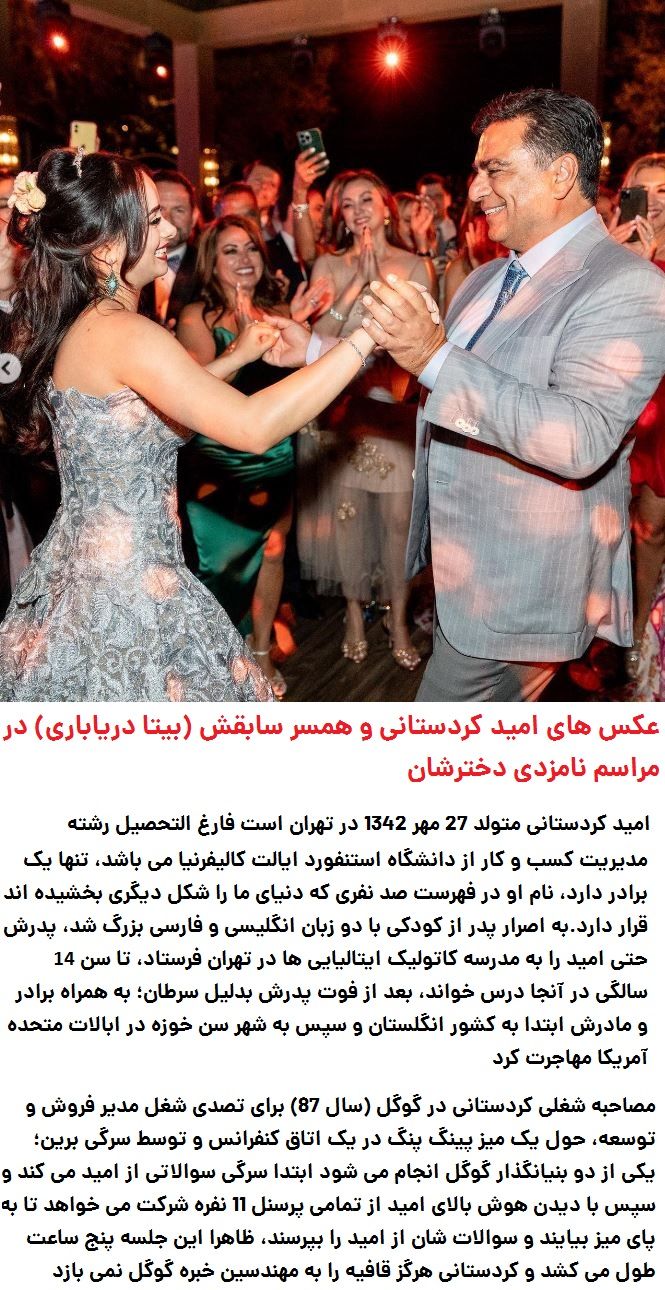 Omid R. Kordestani (born 1963) is a businessman who is a member of the board at Twitter and was previously the Executive Chairman at Twitter from October 2015 to June 2020. He was a Senior Vice President, the Chief Business Officer, and most recently a special advisor to the chief executive officer and founders at Google from July 2014 to October 2015 and was a director of Vodafone from March 2013 to October 2014. Kordestani had also previously been at Google from May 1999 to April 2009, reaching the position of Senior Vice President for Worldwide Sales and Field Operations.
PrevNext
Your Comment
Signup
Log in