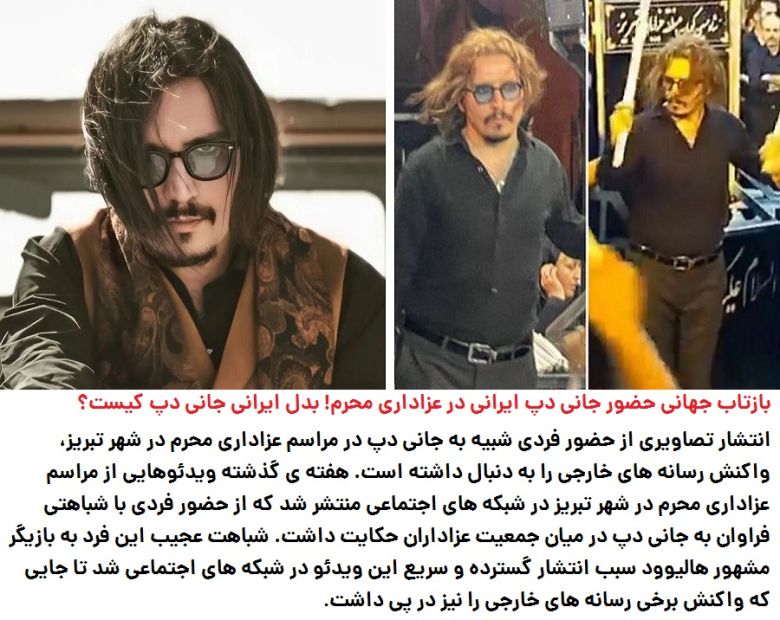 Video and photos of an Iranian man who looks like Hollywood star Johnny Depp during an Islamic mourning ceremony in Tehran have gone viral in Iranian media. The Depp lookalike is reportedly identified as Amin Sa'les, who apparently does some modelling gigs thanks to his uncanny resemblance to the American actor. Sa'les lives in Iran and is reportedly from the north-western city of Tabriz. His modelling work is with local agencies.
PrevNext
Your Comment
Signup
Log in