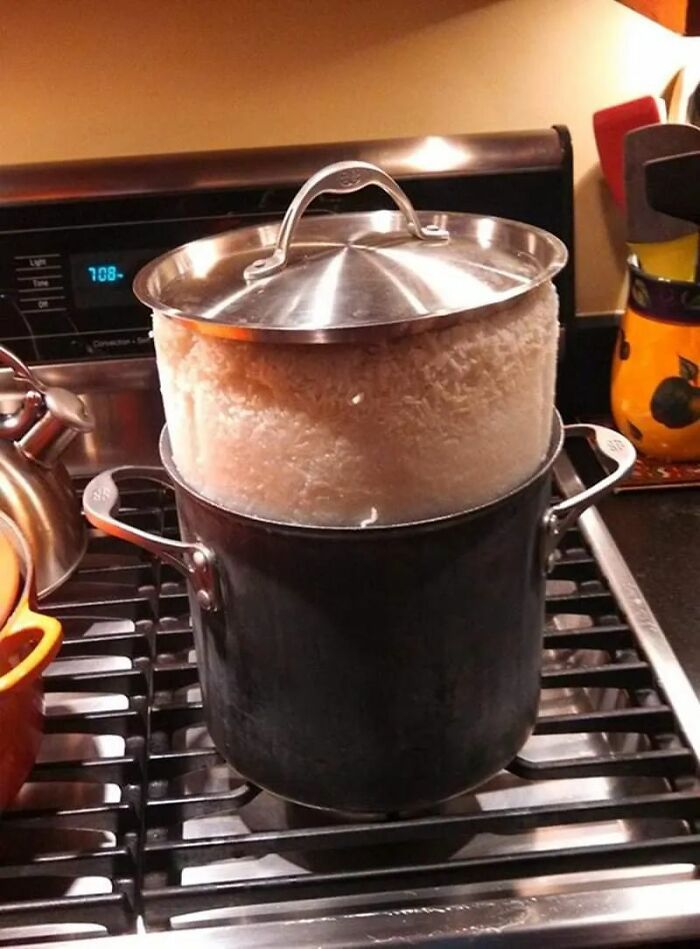 Cooking is not always as easy as it looks - or at least, not for the amateur cooks behind these hilarious snaps. The images, shared by social media users from around the world and curated into a gallery, reveal some of the worst kitchen nightmares of all time. From spaghetti that has somehow caught fire as it was being boiled, to a waffle that was incinerated beyond recognition, the photos will make you feel better about your own culinary attempts. Other disasters include curly fries that have cooked so long they have practically turned into charcoal, and banana bread that's both charred and raw at the same time.
PrevNext
Your Comment
Signup
Log in