Home Entertainments Fortune Teller Nostradamus has made five predictions for 2023

Fortune Teller Nostradamus has made five predictions for 2023 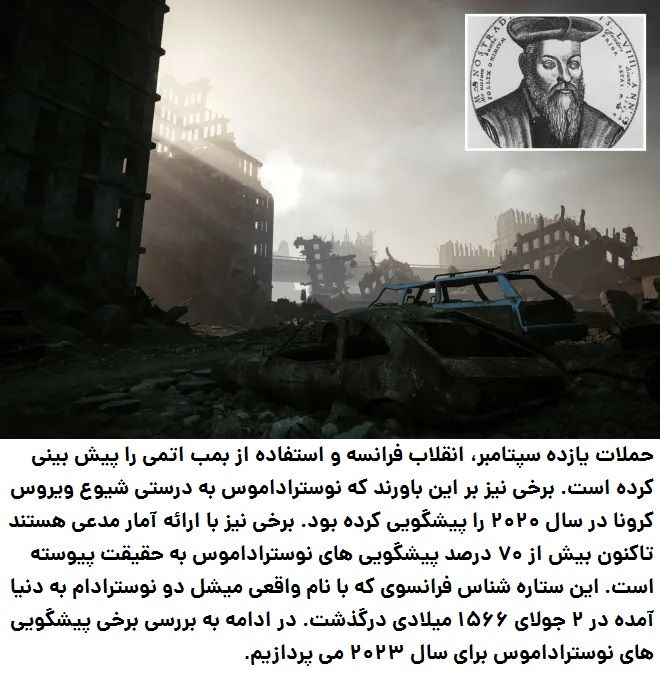 Prophet Michel de Nostradame also identified as Nostradamus is a famous philosopher who is known for his almost accurate predictions. In his widely read book Les Prophéties released over 450 years ago, the Frenchman made thousands of predictions for the future and is credited with predicting the rise of Hitler, the shooting of JFK and the 9/11 attacks. According to his prediction, the conflict occurring between Russia and Ukraine could set to bring about a terrifying 'great war' next year in 2023.
PrevNext
Your Comment
Signup
Log in