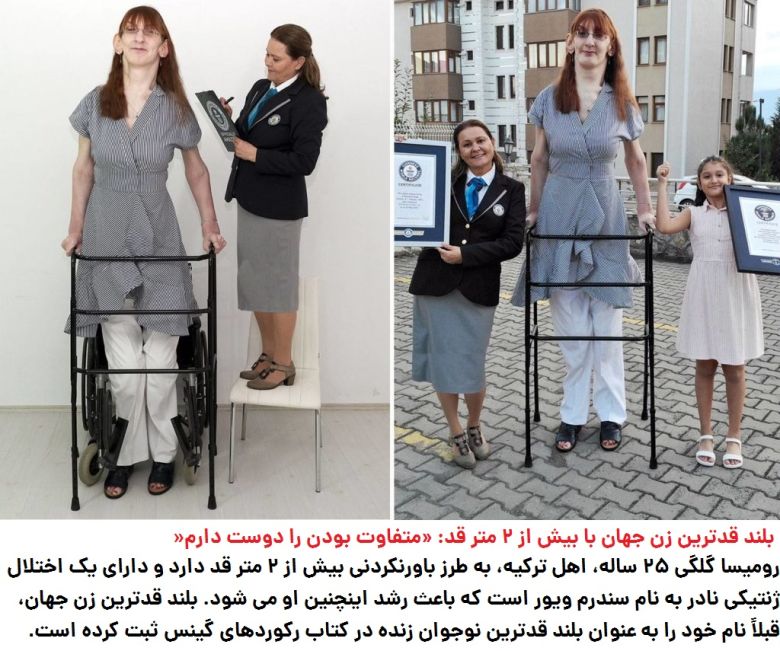 A Turkish woman from the Black Sea province of Karabük, who is 215.16 centimeters (7 feet, 0.7 inches) tall, has been named the tallest woman alive by Guinness World Records. Rümeysa Gelgi, who was previously named the tallest (female) teenager alive at the age of 18 in 2014, claimed a second title when she was officially remeasured by Guinness this year.
PrevNext
Your Comment
Signup
Log in