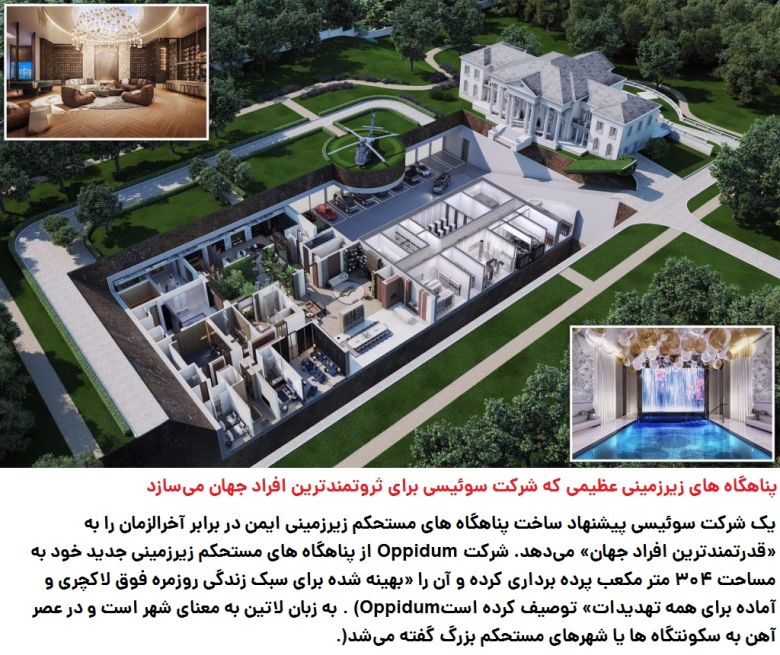 Cold War bunkers once used as command centers and storage facilities are being converted into survival condos and high-end hangouts. LinkedIn founder Reid Hoffman has told the New Yorker that at least 50% of Silicon Valley’s wealthiest have ‘apocalypse insurance’ - either an underground bunker or a contingency plan in case of disaster. "Saying you're buying a house in New Zealand is kind of a wink, wink, say no more.”
PrevNext
Your Comment
Signup
Log in