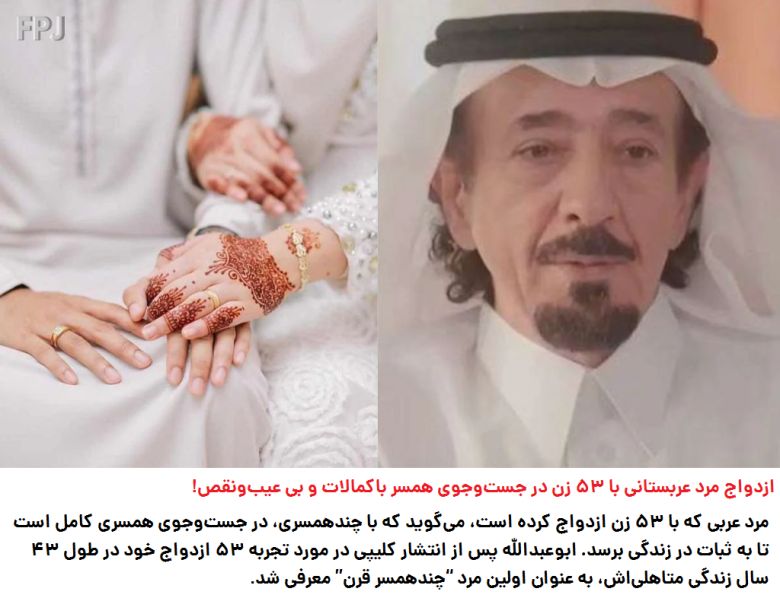 Abu Abdullah, a Saudi man, has claimed to have been married 53 times in 43 years. If true, he is undoubtedly the 'polygamist of the century.' The 63-year-old man told Saudi-owned television MBC that he is now married to one woman and does not plan to remarry. “When I married for the first time, I did not plan to marry more than one woman because I was feeling comfortable and had children,” he recalled.
PrevNext
Your Comment
Signup
Log in