Meghan Markle reveals how she studied for the UK citizenship exam 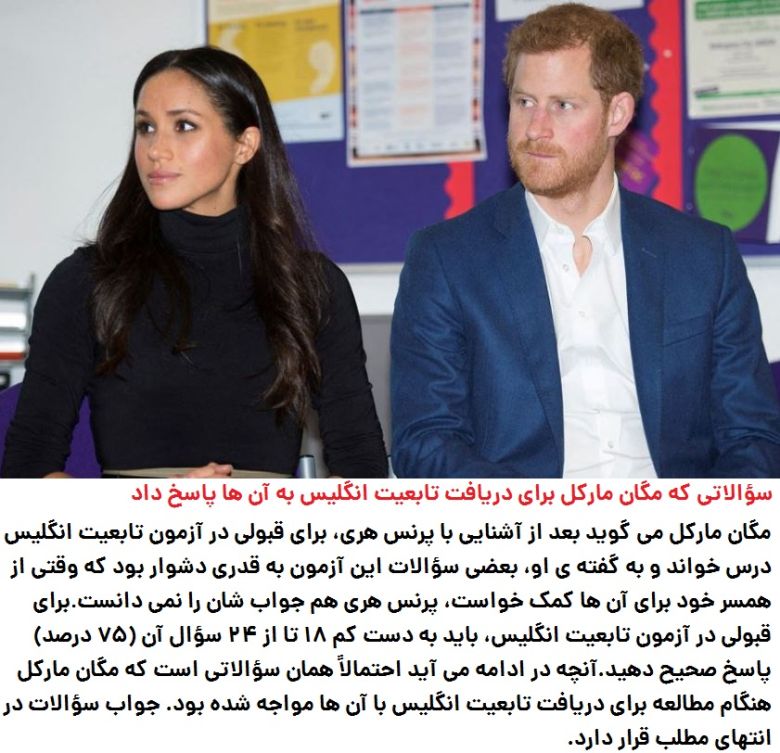 Meghan, Duchess of Sussex is an American member of the British royal family and former actress. She is the wife of Prince Harry, Duke of Sussex, the younger son of King Charles III. Meghan was born and raised in Los Angeles, California. Meghan Markle has revealed she studied for the UK's citizenship test after meeting Prince Harry, and claimed he had 'no idea' about some answers when she asked him for help because it was 'so hard' - but how many can YOU get right? You must get at least 18 out of 24 questions (75 per cent) to pass the test - answers at are at the bottom of the page.
PrevNext
Your Comment
Signup
Log in