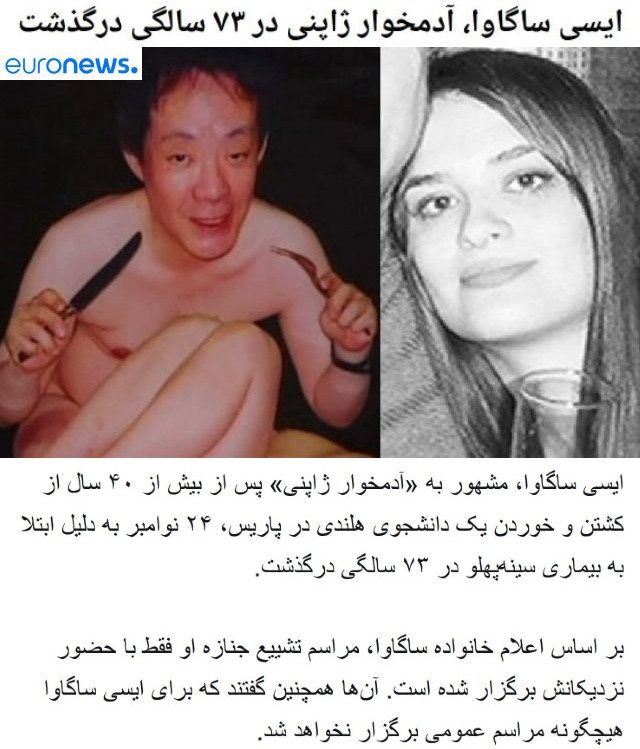 Issei Sagawa, a Japanese writer known for killing a fellow Dutch student in Paris in 1981, died late last month due to pneumonia, his brother said. He was 73. Sagawa, who died Nov. 24 at a Tokyo hospital, made headlines after he shot the Dutch student whom he had invited to his home and cannibalized her while studying in the French capital.
PrevNext
Your Comment
Signup
Log in