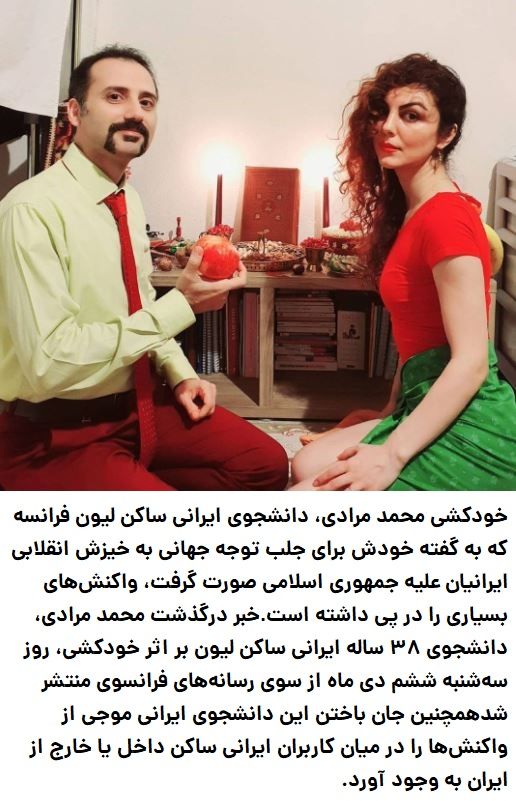 Mohammad Moradi, 38, was found in the Rhone river that flows through the centre of Lyon late on Monday, an anonymous police source was quoted as saying by the news agency AFP. The police source further told AFP that the emergency services made an immediate intervention but were unable to revive him on the river bank.
PrevNext
Your Comment
Signup
Log in