Italian town has houses that create a fairy tale landscape 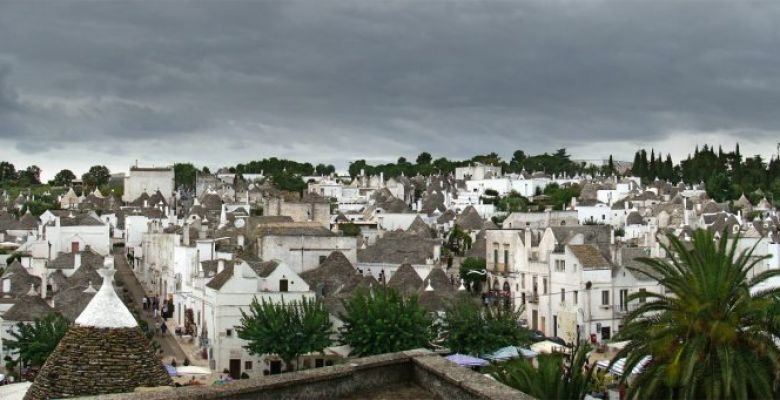 Tower of Pisa, Colosseum of Rome, Duomo of Milan: Italy is known worldwide for its fantastic architectural works. Few know, however, that in the south of the European country there is a set of buildings capable of transporting the tourist immediately to the scenery of a fairy tale: the houses known as “trulli”, which mark the landscape of the city Of Alberobello, about 60km from Bari.

Small in size, the buildings stand out because of their conical roofs – which, lined up along the winding local alleyways, creates one of the most photogenic views in all of Europe.

These ceilings are made of limestone slabs stacked one above the other, and under these structures, there are now residences, hotels, and shops that sell souvenirs to travelers who visit the area all year round. When walking in Alberobello, the stranger may feel that he is inside a village inhabited by goblins: there are currently more than 1,500 trulli in the city.

Panoramic view of the exotic Alberobello in southern Italy

The appearance of these fascinating constructions in the Bari region dates back to the 16th century: its design would have been inspired by the “tholoi,” buildings of Prehistory and Antiquity which were of similar shape and were used as residences, fortifications and even tombs on the outskirts of the sea Mediterranean.
The first buildings in Alberobello were made with the high amount of limestone found in the area, to shelter peasants who began to settle there in the late 15th century.

The Alberobello trulli are considered World Heritage by Unesco, which classifies them as “an exceptional example of a form of construction that derives from Prehistory, and that survives in a functional way to the present day.”