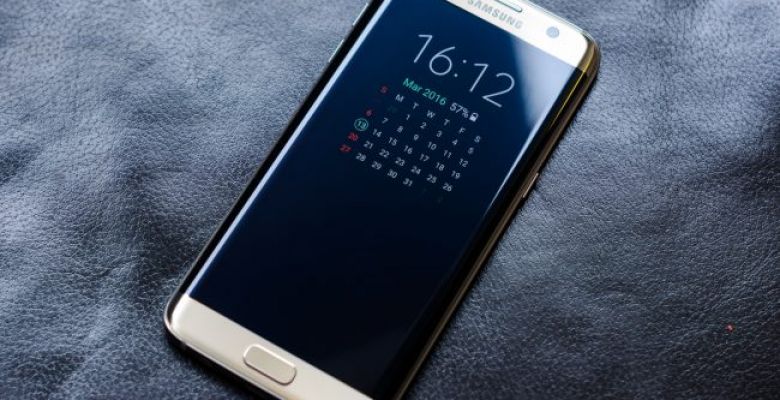 Some owners of Galaxy S7 Edge, Samsung’s most powerful smartphone, are complaining about a new problem on the smartphone screen. According to them, a pink line appears on display, seemingly without reason. The claims have gained prominence in recent weeks, including with consumers affected by the defect.

User reports show that a pink line appears mysteriously on the right side of the smartphone screen, extending across the full length of the S7 Edge display. In most cases, the cell phone does not have much time to use, nor damage caused by misuse. It seems that the problem only affects the curved screen version of the brand.

Although the subject is in vogue in 2017, some complaints are quite old. A user made an assetment on the complaining website, still in August last year, of a “pink vertical line in the right corner of my screen, the famous line of death.” According to him, the technical assistance asked 30 days to change the display.

Another S7 Edge owner sent the smartphone to the tech support. He reported a 15-day wait, only to find out that there was no provision to receive the repaired smartphone. After going back and forth, the South Korean manufacturer was willing to return the money for the phone, but the consumer considered the solution unfair because Edge “was purchased at a discount on a postpaid plan, generating one-year loyalty and the traffic ticket.”
Samsung did not explain whether the source of the problem was in the device’s hardware or software. However, users believe that the defect is due to some damage to the internal circuitry of the mobile phone. Despite the various complaints, the scenario is far from similar to that of Galaxy Note 7, which had its manufacturing closed due to battery problems.

Abroad, the Samsung subsidiary in Belgium, the Netherlands, and Luxembourg has agreed to exchange the defective models provided they do not show any fall damages.