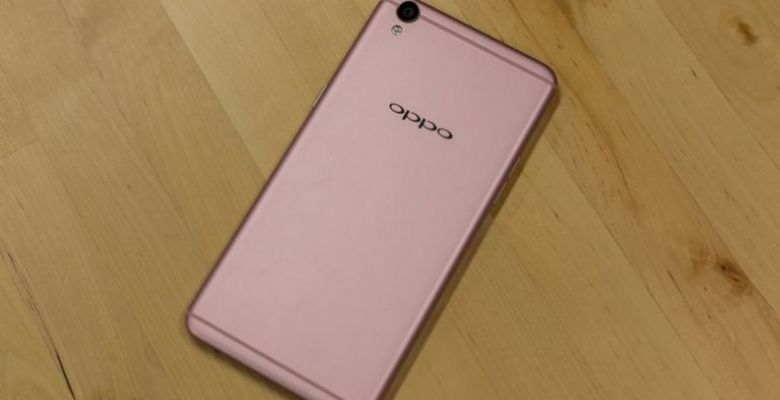 With every iPhone released, Apple breaks sales records with the new model. However, in 2016, for the first time in five years, the iPhone was not the leader in the list of best-selling handsets in a market that became CEO Tim Cook’s priority: China. Last year, the best-selling smartphone in the country was the Oppo R9. The phone is manufactured by Oppo Electronics, a brand of smartphones that has been experiencing unprecedented growth by becoming known for making devices with great data sheets and low price.

While the iPhone 6S sold about 12 million units, the R9 reached the 19 million mark, which means approximately 4% of all smartphones sold in the Asian country. The phone features a design very similar to Apple’s model, with a 5.5-inch screen, 64 GB internal memory with expansion up to 128 GB per microSD card, 16 MP cameras and fingerprint reader.
And if it were not for the launch of the iPhone 7 later this year, the result could have been worse for Apple. The Chinese are apparently tired of the company’s lack of novelty in design and specifications, which explains the 21% reduction in the number of handsets distributed to stores. Just like the iPhone 6S Plus, the Oppo R9 is also available in a Plus version. Are you curious to know more? In the next few lines, you learn everything about the smaller model that ran over the iPhone 6S in China

With a design very similar to the iPhone 6S, including the antenna lines, the Oppo R9 is sold in pink and gold. It has the same rounded edges and is made of metal, while the Apple smartphone is aluminum. The R9 brings the same buttons as the rival: an Oval-shaped Home, a Right-hand On / Off, and the left-hand volume control.

On the back, just like on the iPhone, are printed information about the device on the bottom and the camera on the top. The camera looks more like the iPhone 7, although the flash is positioned below it. In the place of the traditional apple on the iPhones, the Oppo imprinted its name.

The Oppo R9 comes with a 5.5-inch AMOLED screen and Full HD resolution of 1920 x 1080 pixels, with Glass Gorilla Glass 4, which promises resistance to drops and scratches. The iPhone 6S has a smaller screen, with an IPS of 4.7 inches and a resolution of 1334 x 750 pixels. Apple also promises a drop resistant glass.

China’s best-selling camera records 16-megapixel photos with both the main camera and the rear-facing camera. The secondary camera still features flash, aperture f / 2.2, and as differential allows control of ISO and shutter speed. Videos are limited to HD quality, and in photos, you can also use the HDR function and capture panoramic images.

On the other hand, Apple’s mobile phone features a 5-megapixel front camera (bottom, at least in thesis), 12-megapixel rear camera (much lower, if you only consider specs) with dual flash, f / 2.2 aperture, and lenses Made of sapphire crystal. The phone lets you record videos in 4K, makes time-lapse and features the slow motion function. In photos, you can also enable HDR and pan.

The Oppo phone promises a unique sensor increases up to four times the light input, compared to other cell phones, resulting in clearer selfies regardless of ambient light.
Battery

The Oppo R9 comes with a 2.850 mAh battery, compared to the iPhone 6S’s 1,715 mAh, a large capacity difference. Also, the R9 has the brand’s VOOC technology, which promises faster loading. According to the manufacturer, five minutes of battery power charge to talk for two hours.

The Oppo R9 runs ColorOS 3.0, an operating system based on the already outdated Android 5.1 Lollipop. It promises speed and safety with low battery consumption.

Also, when the phone is locked, the system automatically monitors the power consumption and closes apps that are consuming energy in an unusual way. When the phone is in use, apps that are in the background are also paralyzed to save battery power and the internet. ColorOS 3.0 still has an anti-virus with the same technology as Avast to monitor, detect and protect the phone from any threat.

Apple phones run iOS, which is already in its tenth version and is recognized for its ease of use, speed, and security.

The Oppo R9 offers 64 GB of internal memory storage, with the possibility of expansion with a microSD memory card up to 128 GB. The launch of the iPhone 6S was marked by the possibility of buying three different models about storage: 16 GB, 64 GB, and 128 GB. Apple cell phones never supported memory cards.

The Oppo R9 features a 2.0 GHz eight-core processor and 4 GB of RAM, which in theory provides a very fast phone that works well with both open and unlocked applications.
The iPhone 6S features a dual-core 1.8GHz processor and only 2GB of RAM. In practice, coupled with its operating system, the mobile provides an excellent user experience. To this day, it is recommended for anyone looking for an Apple phone but does not want to shell out the full price of the iPhone 7.

Like the iPhone, the Oppo home button is a digital player for unlocking the device. In R9, the brand promises an easy, safe and quick release in less than a second.