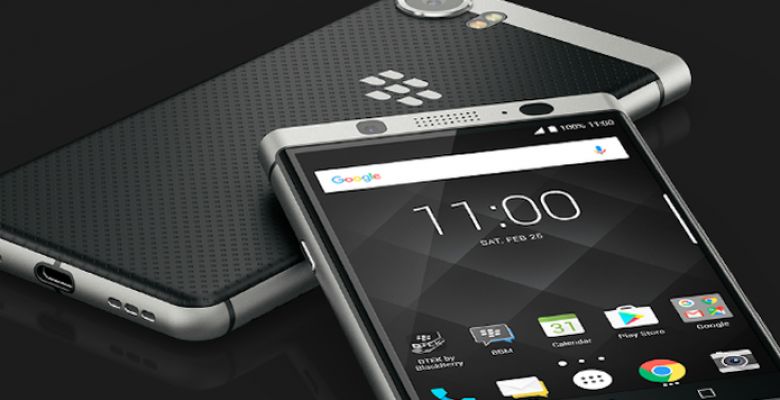 Demonstrated for the first time at CES 2017, the BlackBerry KEYONE was officially launched on Sunday (26th) at MWC 2017. It is the Mobile World Congress, the largest mobile phone fair in the world, held in Barcelona, ​​Spain. At the time, the maker of the traditional device that once was the darling of the corporate medium – but lost market in recent years – released the date of beginning sales and prices in dollars, pounds and euro for the device that comes with Android and Google apps Play.

The BlackBerry KEYONE appeared in the hands of TLC, a Chinese manufacturer that currently produces the company’s phones. According to the brand, the launch represents the first BlackBerry smartphone launched by TCL Communication since December 2016. Under the “Distinctly Different” campaign, the BlackBerry KEYONE arrives in every country in April, priced at up to € 599, £ 499 And $ 549.

The BlackBerry KEYOne
That is an Android 7.1 smartphone, with buttons and physical keyboard. The company bets on qualities such as camera, screen, design and also security. Nicolas Zibell, general director of TCL Communication, recalled that the brand has already had great space in the market and that it intends to meet expectations.

“We are flattered to play such an important role in the future of BlackBerry smartphones, which are so iconic in our industry, and we look forward to proving to the BlackBerry community that it can be proud of the excitement surrounding this new smartphone,” said Zibell.

Although it is an Android smartphone, which does not run a BlackBerry operating system, Alex Thurber, vice president of BlackBerry, has assured that companies work collaboratively “to have BlackBerry’s DNA stay present.” Are you curious? See the device specifications.

Although it has a physical keyboard, the company ensures that you can forget everything you knew about keyboards. The device has what it calls a smart keyboard that responds to ringing gestures that mimic the old BlackBerry touchpad, making it easy to browse the Internet, read emails and write typed messages. The combination of the 4.5 “screen plus the physical keyboard offers more room to type than an ordinary smartphone with a full 5.5-inch touchscreen and modern smartphone virtual keyboard, BlackBerry said.

The smart keyboard can also be programmed with up to 52 customizable shortcuts, such as pressing “I” to access the inbox or “M” to access the maps. The KEYone also has a fingerprint sensor in the space key of the keyboard itself, dispensing with other buttons.

A frequent target of attacks due to its popularity, Android is present in the device. The challenge of the company, which focuses on the corporate market, is to ensure a secure Android – KEYone differential. To do this, there are built-in security features across all handsets and a BlackBerry Limited own technique of security keys in the connection between software and hardware.

The BlackBerry DTEK application, which is already installed, monitors security and protection in the operating system and applications to warn you when there is a risk of a privacy breach. The system still gives an overall mobile phone security rating to the user and tells you how to improve your level of safety if you need to uninstall applications, for example.

Still, according to BlackBerry, the app can monitor all downloaded applications and send a notification if any of them are accessing your camera to take a picture or make a video, turn on your microphone, send a text message or access your Contacts or location. Therefore, the user can analyze and allow this access or not on your cell phone.

In software, the cellphone also has the BlackBerry Hub, which concentrates all messages in one place, including emails, texts, and messages from your account on any social network. In this same app, Inbox support for Gmail, Yahoo Mail, Outlook and Microsoft Exchange.