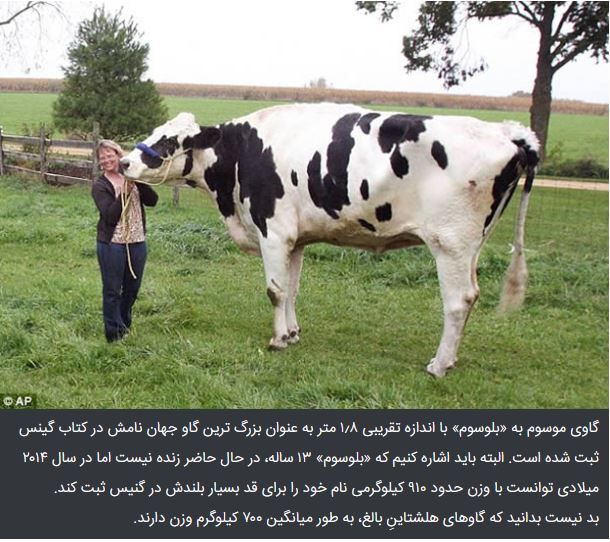 A 6'4" cow named Blosom is officially recognized as the tallest cow ever by Guinness World Records. Although she is no longer alive, the 2,000 lb cow was announced as the new record holder in 2014. Blosom died on a farm in northern Illinois on May 26 after holding that record for less than a year.
PrevNext
Your Comment
Signup
Log in