10 Famous People Who Died Without A Penny To Their Name 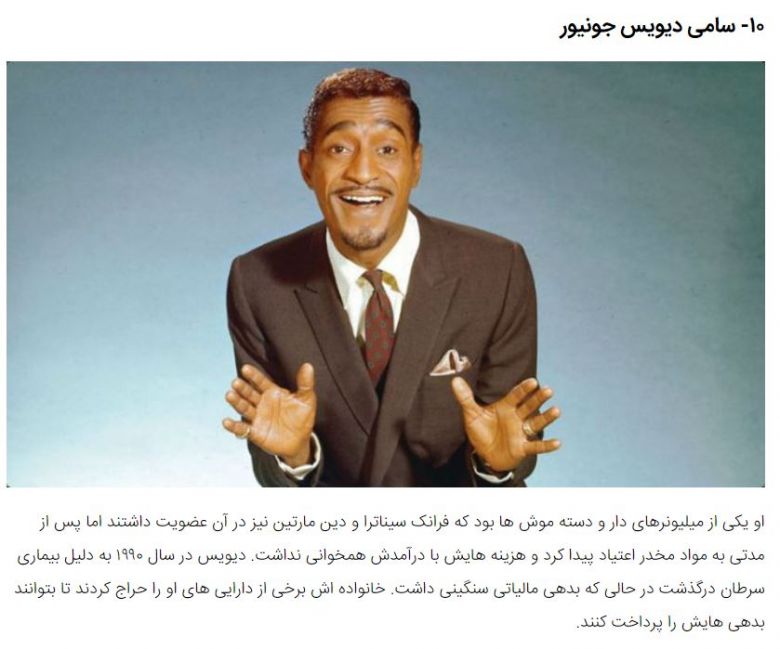 He was one of the millionaires in Frank Sinatra's Rat Pack, but then he developed a nasty drug addiction and an excessive spending habit. He ended up with a massive tax debt before dying in 1990. His family auctioned off some of his possessions to help pay off his debts.