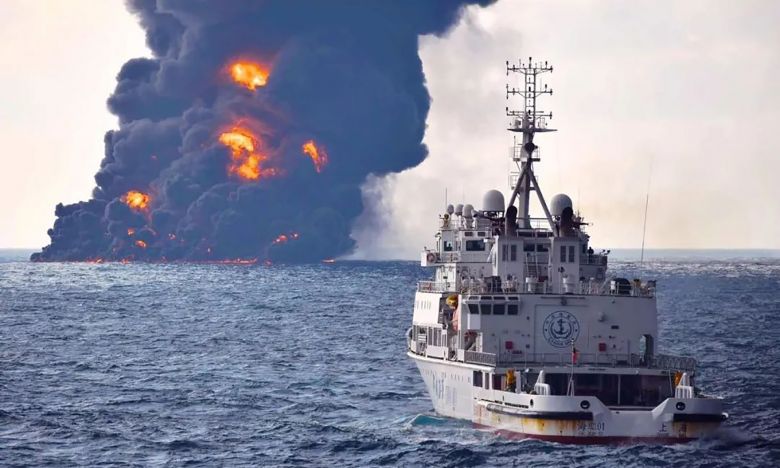 An Iranian oil tanker has burst into flames and sunk, eight days after a collision with a cargo ship off the coast of China, according to state media. A Tehran official said before news of the sinking that there was no hope of saving the 30 missing crewmen. Chinese officials have played down fears of a major environmental disaster. The Sanchi, carrying 136,000 tonnes of light crude oil from Iran, had been in flames since colliding with the CF Crystal, a Hong Kong-registered bulk freighter, on 6 January.