Home Sci-Tech Facts That Will Shatter Your Perception Of Time

Facts That Will Shatter Your Perception Of Time 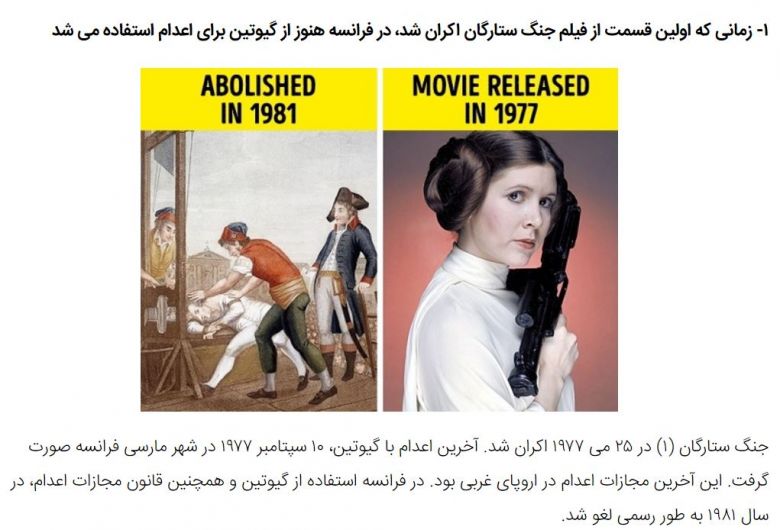 When the first part of Star Wars was released, the guillotine was still used in France for executions.

The first Star Wars movie was released on May 25, 1977. The last execution by guillotine was carried out in Marseille on September 10, 1977. This was the last death penalty in Western Europe. Officially, the use of the guillotine in France was abolished along with the death penalty in 1981.