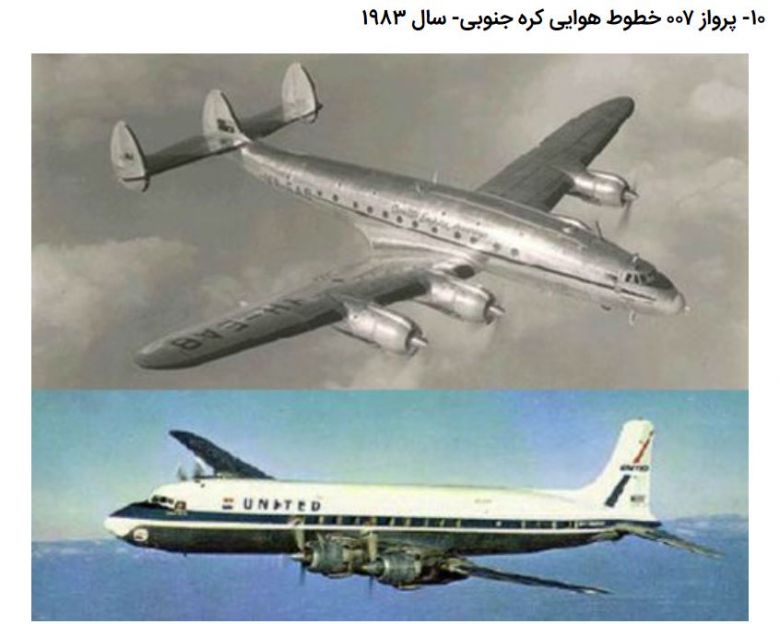 Korean Airlines Flight 007
1983
The first item on this list is one of the most complicated to explain and had the potential to be one of the deadliest accidents in history: this classifies as one of the tensest moments of the Cold War. Due to incorrect use of navigation systems, a flight from Anchorage to Seoul deviated slightly to the north, not long after takeoff, and continued on an incorrect route towards the Soviet Union for five and a half hours. Various things should have indicated the deviation, including the fact that it was out of range of normal communication with Anchorage and had to relay reports through another flight that should have been very near to them; however, cockpit recordings make it clear that the crew had no idea that they were in any danger at all.