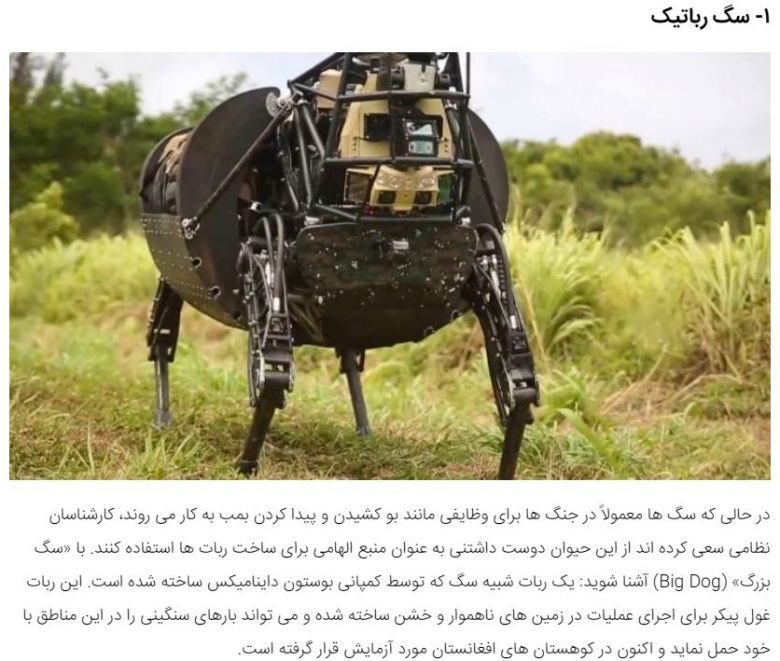 While dogs are routinely used in war for tasks like bomb-sniffing, the military has also taken inspiration from Fido to build robots. Enter the "Big Dog," a robotic creature built by the company Boston Dynamics. The large, rough-terrain robot shambles slowly up rocky terrain while carrying heavy loads, and is currently being tested in Afghanistan